Dubai reopens doors to tourists after long shutdown – SUCH TV 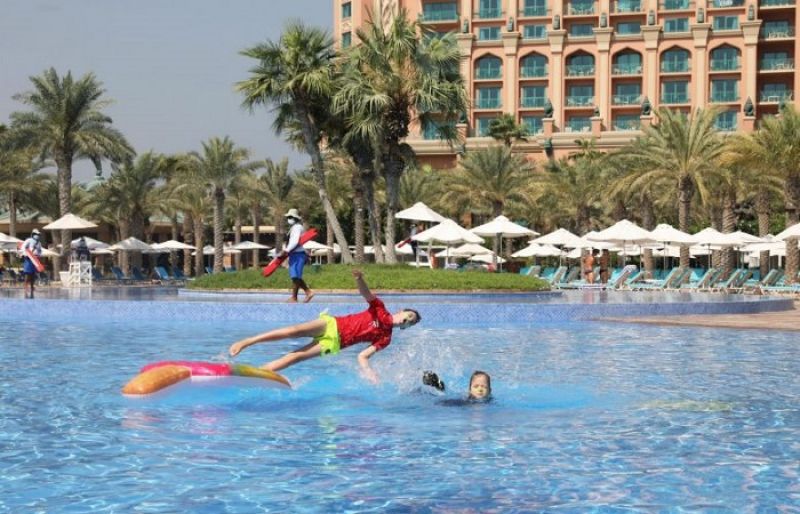 With a “welcome” passport sticker and coronavirus tests on arrival, Dubai reopened its doors to international visitors on Tuesday in the hope of reviving its tourism industry after a nearly four-month closure.

But businesses are mainly betting on those already living in the gleaming desert city to energise its ailing economy and serve as a test run before wary foreign holidaymakers return.

The reopening comes even as the number of Covid-19 cases in the United Arab Emirates climbs to 52,068 included 324 deaths, with millions of foreign workers living in cramped accommodation particularly hard hit.

Incoming tourists are required to present a negative test result taken within four days of the flight. If not, they can take the test on arrival, but must self-isolate until they receive the all-clear.

Tourism has long been the lifeline of the glitzy Gulf emirate, one of the seven sheikhdoms that make up the United Arab Emirates.

High season starts in October when the scorching heat of the Gulf summer starts to dissipate.

Dubai welcomed more than 16.7 million visitors last year, and before the pandemic crippled global travel, the aim had been to reach 20 million arrivals in 2020.

“We are ready to receive tourists while we take all necessary precautions,” said Talal Al-Shanqiti of Dubai’s General Directorate of Residency and Foreigners Affairs in a video message tweeted on Sunday.

With scant oil resources compared to its neighbours, Dubai has built the most diversified economy in the Gulf, boasting a reputation as a financial, commercial and tourism hub despite an economic downturn in recent years.

The city-state is known for its mega malls, high-end restaurants and five-star hotels and resorts. But all have taken a severe hit during the coronavirus outbreak, and Dubai’s GDP in the first quarter of 2020 was down by 3.5 per cent year-on-year.

Dubai-based airline Emirates, the largest in the Middle East, has been forced to slash its sprawling network and is believed to have laid off thousands of staff members.

But as the hospitality business works out how to create an environment that follows strict hygiene rules but is still worth the hassle for potential foreign clients, hotels are offering Dubai residents “staycation” and “daycation” deals to offset the slump.

Restarting hospitality by “primarily targeting the domestic market is an important first step in our phased approach towards restoring normalcy in the tourism industry”, said Issam Kazim, CEO of the Dubai Corporation for Tourism and Commerce Marketing.