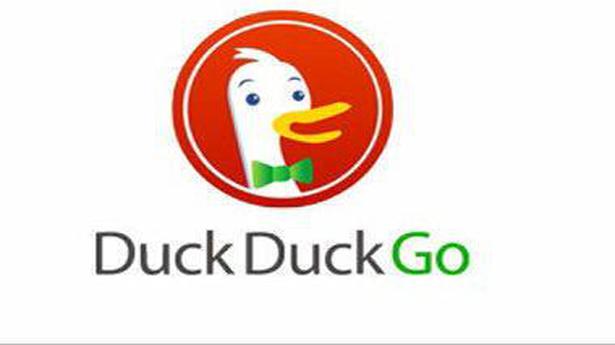 Privacy focussed search engine, DuckDuckGo, which was not accessible for many users in India since July 1, has said its services have been “broadly restored” in the country. However, the U.S.-based Internet search engine continued to remain unreachable for some users as of Sunday morning.

“We’re seeing our services being broadly restored in India. Thank you for all of your reports, bringing attention to this issue. If you’re still having trouble accessing DuckDuckGo Search, please report it to @internetfreedom using this form…” DuckDuckGo said in a tweet late on Saturday.

A top official at an ISP said on Sunday that DoT had ordered that 69 sites including DuckDuckGo be blocked without specifying a reason. “We have received many complaints. We are checking with DoT if they have issued any revised unblock orders. We are unable to get in touch with them due to the weekend. Till such time we receive an unblock order, we are required by law to block,” the official, who spoke on the condition of anonymity, explained.

Some users took to Twitter to report that they could not access the site on Thursday, while indicating that multiple Internet and telecom service providers may have blocked access.

Responding to the complaints, DuckDuckGo had tweeted, “To our users in India: We’ve received many reports our search engine is unreachable by much of India right now and have confirmed it is not due to us. We’re actively talking to Internet providers to get to the bottom of it ASAP. Thank you for your patience.”

Further, it had recommended that searchers change their DNS settings. “In the meantime, it appears switching to a third party DNS provider fixed the issue, e.g. the more private 1.1.1.1,” the company had said.

DuckDuckGo does not track or profile the users of its search engine, hence promising privacy.

Meanwhile, the Internet Freedom Foundation (IFF) said it had received close to 300 reports on July 1 concerning the inability of Internet users in India to access DuckDuckGo, following which it had written to the Department of Telecom and the IT Ministry on the need for wider reforms on blocking of web services and URLs.

The issue was reported by users across networks, including Airtel, Reliance Jio, Vodafone, ACT, GTPL as well as Airtel Broadband from various parts of the country.

“When reports started filtering in that users in India could not access it, many thought it was a technical error with a specific Internet service provider. To gather the reason behind it we promoted active reporting through the SaveTheInternet.in. This tool till date has gathered close to 1,500 reports, and yesterday close to 300 people all across India, from various cities and towns, with different types of Internet connections serviced by several ISPs reported this common problem. This led us to believe that the reason for this block was a direction by the Government,” IFF said in a blog post on July 2.