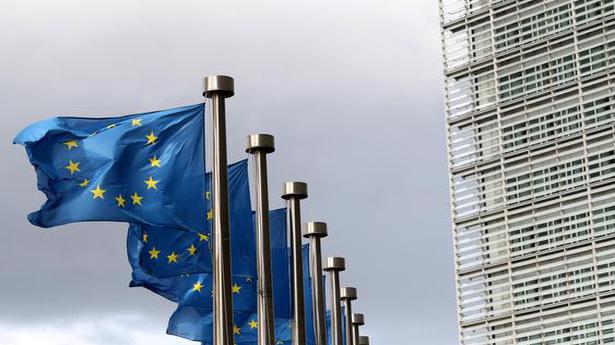 Seven years after talks on a free trade agreement were suspended, India and the European Union (EU) are set to agree on a “High-level dialogue on Trade and Investment” to restart negotiations. The announcement is expected at a virtual “EU-India Summit” led by Prime Minister Narendra Modi and External Affairs Minister S. Jaishankar, who will engage with President of the European Council Charles Michel and President of the European Commission Ursula von der Leyen, accompanied by High Representative Josep Borrell.

According to officials, tackling COVID-19 and its impact on economy and the global order will be high on the agenda. In particular, medical developments on testing vaccines and treating the virus will be discussed along with the withdrawal of the U.S. from multilateral organisations (like the World Health Organisation), along with concerns over an ‘assertive’ China.

The E.U. officials said they had been fully briefed by New Delhi and Beijing about the situation at the Line of Actual control, as they were deeply concerned by the deadly clashes at the Galwan Valley last month, and they were ‘pleased’ that both sides have since agreed to military de-escalation and a continuation of dialogue to resolve the border issue. The E.U.-China summit was held on June 22 and similar summits were held with the leadership of Japan and South Korea as well last month.

During this summit, India and the E.U. are expected to conclude several agreements including a roadmap for cooperation, an agreement on civil nuclear cooperation and launch a maritime security dialogue as well as negotiations between Europol and the CBI.

The trade and investment dialogue, to be conducted between Commerce Minister Piyush Goyal and E.U. Trade Commissioner Phil Hogan, is expected to give a kickstart to negotiations on the Bilateral Trade and Investment Agreement (BTIA) as the EU-India FTA is known, which have failed to be resumed despite several commitments by the leaders, including at the last E.U.-India summit in 2017.

“The leaders have expressed their ambition to move towards a comprehensive free trade agreement and an investment protection agreement and we will announce a new dialogue which will give a political impetus to such efforts,” said E.U. officials based in Brussels, ahead of the summit.

An E.U. official who specialises in trade issues admitted that there was “no timeline” for the BTIA talks yet and that negotiators are still “quite far apart” due to what Europe perceives as India’s “protectionist stance”.

“We have witnessed a trend in India that goes towards the protectionist side. The Make in India programme was accelerated by the COVID-19 crisis and recent pronouncements that India wants to go ‘Self reliant’, didn’t help the situation,” the official said, referring to Prime Minister Modi’s launch of “Atmanirbhar India”. The official said trade with India formed under 3% of the E.U.’s global trade, which is “far below” what was expected of the relationship. Conversely, the E.U. is India’s largest trading partner and investor, and accounts for 11% of India’s global trade. The official also said the E.U. has reservations about the model “Bilateral Investment Treaty” (BIT) that New Delhi has proposed, especially on dispute mechanisms in Indian courts.

Speaking about the importance of multilateralism and cooperation on global forums, the officials said the E.U. had welcomed India’s election to the U.N. Security Council next year, and that India’s role would be important in reconciling the UNSC “paralysed by vetoes and infighting”.

“The whole multilateral system is under stress and many experts have expressed doubts about the future of the global system,” said an official in Delhi ahead of the summit.

Previous articleAmber Heard shouted insults at Johnny Depp, high court told
Next articleHere’s why you should apply sesame oil on your feet at night

The wholesale price-based inflation declined 1.81% in June due to decline in prices of fuel and power, even as food articles remained expensive.The rate...
Read more
Economy

The Reserve Bank of India (RBI) said it had deployed several conventional and unconventional tools to restore orderly conditions in financial markets and maintain...
Read more