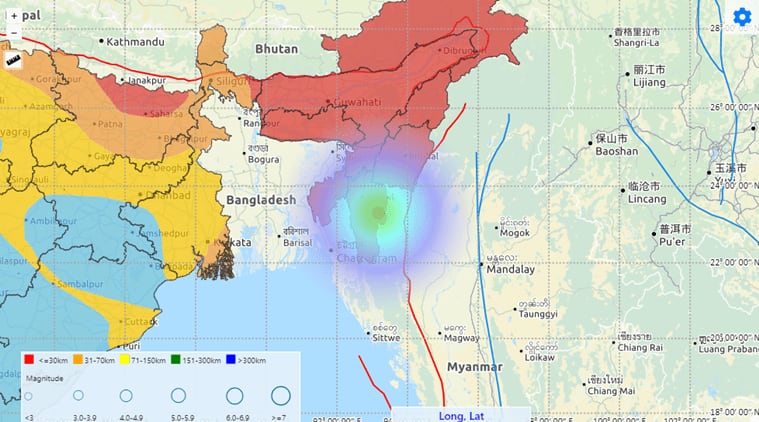 
The depth of the quake was 10 km. (Source: National Center for Seismology)

An earthquake of 4.3 magnitude rocked Mizoram on Thursday, which was felt mainly in Champhai district located on the India-Myanmar border, officials said.

This is the eighth tremor reported in the hilly northeastern state in three weeks.

The earthquake occurred at 2.28 pm and the epicentre was 23 km southwest of Champhai town, according to the National Center for Seismology.

“There is no report of any casualty or damage to property in Champhai town. Detailed reports from different parts of the district are awaited,” she said.

This is the third earthquake to hit Champhai district in the past six days and the eighth to jolt the state since June 18.

Besides Champhai, a series of tremors also rocked Saitual and Serchhip between June 18 and June 24.

Officials also said at least six aftershocks of light intensity were experienced between June 23 and June 24 in Khawbung and neighbouring villages in Champhai district.