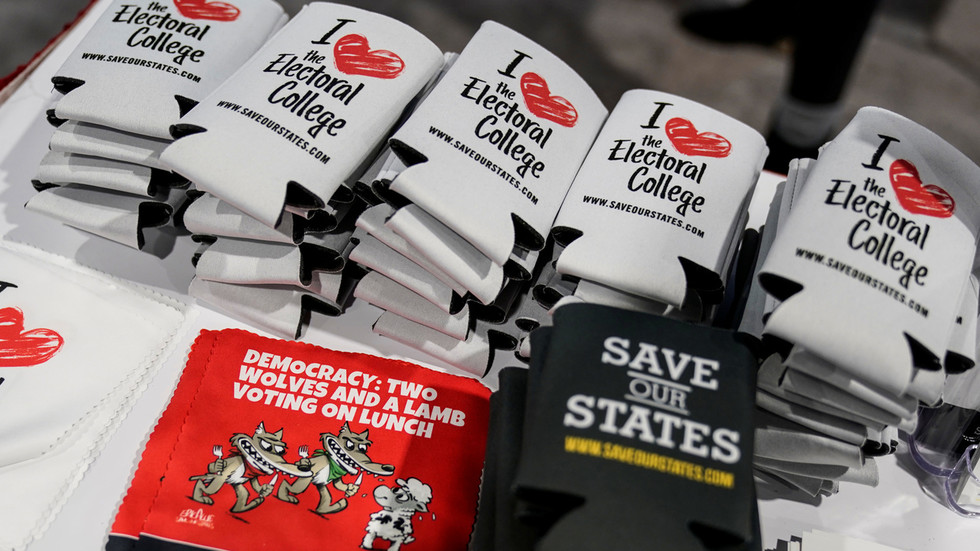 The Supreme Court has unanimously ruled that state governments have the right to penalize so-called ‘faithless electors’, members of the Electoral College who do not support the victor of their states’ popular presidential vote.

Justice Elena Kagan wrote in the court’s Monday ruling that states have the right to instruct their electors that they “have no ground for reversing the vote of millions of its citizens.” That direction, she said, “accords with the Constitution — as well as with the trust of a Nation that here, We the People rule.”

Over 30 states already require their Electoral College voters to cast their ballots in accordance with the voting of citizens.

One only needs to look to the 2016 presidential election to see the significance of the court’s new ruling, as 10 of 538 electors that year voted for someone other than the person who won their state’s popular vote. This sort of dissent can swing an election in a direction other than what the majority of regular voters decide.


George W. Bush, for instance, beat Al Gore by five electoral votes to win the presidency in 2000, despite Gore winning thousands more votes in the popular election. Similarly, while Hillary Clinton won the popular vote against Donald Trump by about three million votes, Trump won the Electoral College and thus the presidency.

Previous court decisions had swung both ways in the case of faithless electors. The Washington Supreme Court, for instance, upheld $1,000 fines handed to Democrat electors who chose to cast their votes for Colin Powell in 2016, instead of Hillary Clinton.

In Colorado, however, elector Michael Baca fought for his right to vote for former candidate John Kasich over Clinton. He was eventually replaced with someone who did vote for Clinton, but he filed suit and won when the 10th US Circuit Court of Appeals ruled that “electors, once appointed, are free to vote as they choose.”

As the rights of electors versus states were argued by the US Supreme Court, an odd moment found the ‘Lord of the Rings’ character Frodo Baggins at the center of conversation.

Also on rt.com
Wayne Dupree: The Democrats will use fraud to win this fall’s presidential election, and Trump may have to call on the military


“The elector who had promised to vote for the winning candidate could suddenly say, ‘You know, I’m going to vote for Frodo Baggins. I really like Frodo Baggins,’” Justice Clarence Thomas said at one point.

The faithless electors who refused to stand behind Clinton or Trump in 2016 voted for a variety of candidates who were not even on the ballot that November, including Vermont Senator Bernie Sanders who failed in his bid to become the Democratic nominee and Texas Rep. Ron Paul.

The main argument for stricter rules around electors is to keep the Electoral College vote as close to the popular vote as possible in order to avoid situations, as in 2000 and 2016, where regular voters feel the wishes of the people have been ignored.

Some states already impose penalties such as fines to electors, and now it will be up to every individual state to determine how to punish those who defy their citizens’ popular vote results.

Previous articleDattajirao Gaekwad relives his duels with Everton Weekes
Next articleEng vs WI | ‘Means a hell of a lot to us’, says coach Simmons