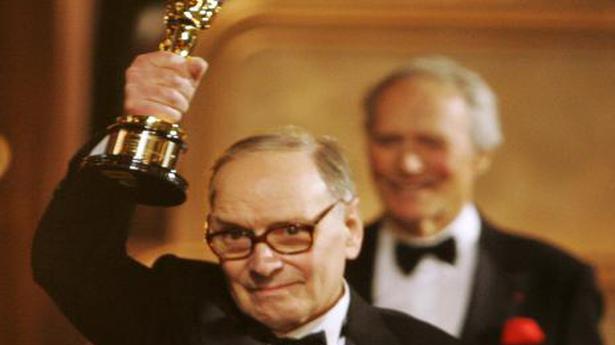 Hearing the strains of music as the opening credits roll while watching The Good, the Bad and the Ugly is one of my fondest memories of Ennio Morricone. Something about the music is so comforting. Of course, Clint Eastwood was a major draw, but the musical score enhanced the scenes. Ennio Morricone was truly a maestro, who redefined cinematic soundtrack. He was prolific and composed around 500 scores and brought alive so many movies of celebrated directors.

Born in 1928, Morricone enrolled at the prestigious St. Cecilia Music Conservatory. At the age of seven, he wrote his first composition. For years he worked as a ghost-writer and an arranger before he started working on projects that brought him to fame.

He rose to prominence in the 1960s and 1970s when he started writing musical scores for Westerns, a sub-genre set against the background of the ‘Old West’. Perhaps the defining moment of his career was when he wrote the compositions for Sergio Leone’s Dollar trilogy — A Fistful of Dollars (1964). For A Few Dollars More (1965) and The Good, the Bad and the Ugly (1966). Propelling him to international stardom, the music of these movies became cult classics.

Due to budget restrictions, Morricone could not afford a full orchestra and hence, he had to make do with the crackle of whips, gunshots, piercing whistles, murmured voices, and the jew’s harp (an instrument that he is widely recognised for using). ‘The Ecstasy of Gold’ became one of Morricone’s best-known compositions and was used by many other artistes in their works.

Following the success of the Dollars Trilogy, Morricone also composed for Leone’s subsequent films. And the most notable of them all is his score for Once Upon a Time in the West, which is till date one of the best-selling instrumentals. Morricone then went on to work with other Spaghetti Western directors like Sergio Corbucci — Navajo Joe (1966) and The Hellbenders (1967) and Sergio Sollima — Face to Face (1967) and Run, Man, Run (1968).

Much of the music for films that he wrote was for Italian filmmakers like Bellocchio, Bernardo Bertolucci, Giuseppe Tornatore, Lina Wertmüller and Pier Paolo Pasolini. One of Morricone’s first contributions to an American director’s film was the music for John Huston’s The Bible: In the Beginning…(1966) and, in 1970, he composed the music for Don Siegel’s Two Mules for Sister Sara, a movie which starred Clint Eastwood and Shirley MacLaine.

In 1978, the composer worked with Terrence Malick for Days of Heaven, which starred Richard Gere. Despite the 1960s and 1970s having been the time when he composed his most imitated works, Days of Heaven got him his first Oscar nomination for Best Original Score. It wasn’t until decades later that he won his first Oscar.

Quentin Tarantino always wanted to work with Morricone and prior to getting the opportunity, he borrowed a lot of his works in his movies. Morricone composed the song, ‘Ancora Qui’, with lyrics by Italian singer Elisa, for Tarantino’s Django Unchained in 2012. This again earned him an Oscar nomination, but it wasn’t yet to be. Then in 2015, he wrote the original music score for The Hateful Eight and it won him the Oscar in 2016 at the age of 87, making him the oldest person to have won a competitive Oscar.

Through his career, Morricone won many international awards including three Grammys, three Golden Globes, and an honorary Oscar in 2007. Despite all the recognition, he preferred to remain in the country of his birth and only spoke Italian. The beauty of Morricone’s music lay in the fact that it was wildly unpredictable. He had no fear of sailing in uncharted waters. Morricone is no more but his unconventional compositions will live on.