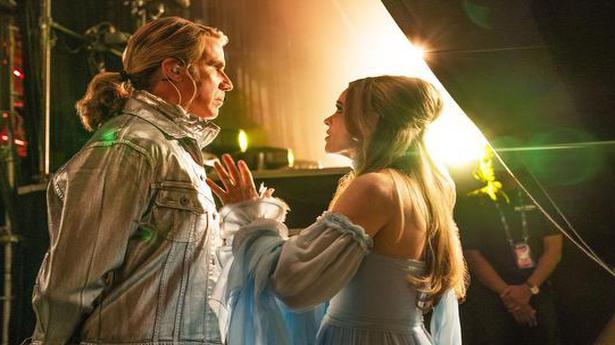 This film is just what the doctor ordered in these unsettling times. It is 1974 in the little town of Húsavík in Iceland, a boy, Lars, grieving for his mother is distracted by ABBA singing ‘Waterloo’ at the live telecast of the Eurovision Song Contest.

The annual competition, organised by the European Broadcasting Union, has been held since held since in 1956. Each of the 50 participating countries (mainly European) submits an original song and the member countries vote for the winner in a super-complicated process. The contest is a flamboyant celebration of music, costume and dance.

Will Ferrell was introduced to the kitschy competition by his Swedish wife in 1999 and it was love at first sight. Ferrell, who co-produced, co-wrote and stars in the film, ensures that the affection is visible in every frame, from songs and snide comments by chat-show host Graham Norton playing himself, to cameos by Eurovision stars from previous years.

The movie moves to the present and a middle-aged Lars (Ferrell) is still dreaming of winning the Eurovision Song Contest. With his childhood friend, Sigrit, Lars forms the band Fire Saga, and performs for a largely disinterested audience — they only want to hear local favourite ‘Ja Ja Ding Dong.’ Sigrit has always been in love with Lars and hopes winning the contest will make Lars take notice of her. A series of fantastic events propel our unlikely popstars to the Eurovision finals at Edinburgh and all ends happily with a big, fat, soaring number featuring the magical “Speorg Note,” and a little help from elves.

The film is predictable in a good-natured way. While Ferrell and Rachel McAdams do right by Lars and Sigrit, Dan Stevens is a revelation as the flamboyant ‘Lion of Love,’ Alexander Lemtov. As the Russian favourite, who eschews articles (“I find it relaxing pastime”) to braid hair, Stevens cannot be further away from his straight-as-arrow Matthew Crawley (Downton Abbey). Pierce Brosnan as the “extremely handsome” Erick, Lars’ father, is fun even if his accent is distracting.

The actual Eurovision contest was cancelled thanks to COVID-19 — all the more reason to cheer for Lars, Sigrit and the giant hamster wheel. Or you could sing along to ‘Ja Ja Ding Dong.’

Eurovision Song Contest: The Story of Fire Saga is streaming on Netflix