Home CORONAVIRUS Explainer | Why are the Agriculture Bills being opposed
CORONAVIRUS 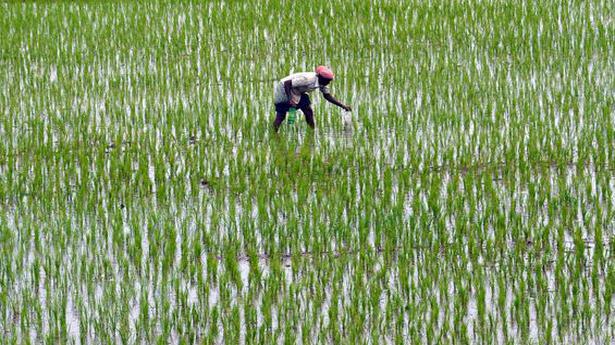 Three Bills on agriculture reforms – The Farmers’ Produce Trade and Commerce (Promotion and Facilitation) Bill, 2020; The Farmers (Empowerment and Protection) Agreement of Price Assurance and Farm Services Bill, 2020 and The Essential Commodities (Amendment) Bill, 2020 – were introduced in the Parliament on September 14 to replace the ordinances issued during the lockdown.

Opposition members in the Lok Sabha plan to move a resolution against the Trade and Commerce ordinance and the Price Assurance ordinance on September 16, following which Agriculture Minister Narendra Singh Tomar will move that both the Bills replacing those ordinances be passed.

Farmers and farmer associations across the country have protested against the ordinances. The tractor protest by farmers of Punjab and Haryana in July was in opposition to these. The Punjab Assembly on August 28 passed a resolution rejecting the Centre’s ordinances.

What do the ordinances – provisions of which will override all State APMC laws – entail? Why are they being opposed?

Since agriculture and markets are State subjects – entry 14 and 28 respectively in List II – the ordinances are being seen as a direct encroachment upon the functions of the States and against the spirit of cooperative federalism enshrined in the Constitution. The Centre, however, argued that trade and commerce in food items is part of the concurrent list, thus giving it constitutional propriety.

The Farmers’ Produce Trade and Commerce (Promotion and Facilitation) Ordinance aims at opening up agricultural sale and marketing outside the notified Agricultural Produce Market Committee (APMC) mandis for farmers, removes barriers to inter-State trade and provides a framework for electronic trading of agricultural produce. It prohibits State governments from collecting market fee, cess or levy for trade outside the APMC markets.

According to PRS Legislative Research, APMCs were set up with the objective of ensuring fair trade between buyers and sellers for effective price discovery of farmers’ produce. APMCs can regulate the trade of farmers’ produce by providing licences to buyers, commission agents, and private markets; levy market fees or any other charges on such trade; and provide necessary infrastructure within their markets to facilitate the trade.

Critics view the dismantling of the monopoly of the APMCs as a sign of ending the assured procurement of food grains at minimum support prices (MSP). To the Centre’s ‘one nation, one market’ call, critics have sought ‘one nation, one MSP’.

Critics argue that ensuring a larger number of farmers get the MSP for their produce and straightening kinks in the APMCs, instead of making these State mechanisms redundant is the need of the hour.

The Farmers (Empowerment and Protection) Agreement of Price Assurance and Farm Services Ordinance relates to contract farming, providing a framework on trade agreements for the sale and purchase of farm produce. The mutually agreed remunerative price framework envisaged in the legislation is touted as one that would protect and empower farmers.

The written farming agreement, entered into prior to the production or rearing of any farm produce, lists the terms and conditions for supply, quality, grade, standards and price of farm produce and services.

No mechanism for price fixation

The Price Assurance Bill, while offering protection to farmers against price exploitation, does not prescribe the mechanism for price fixation. There is apprehension that the free hand given to private corporate houses could lead to farmer exploitation.

Contract farming is not a new concept to the country’s farmers – informal contracts for food grains, formal contracts in sugarcane and poultry sectors are common. Critics are apprehensive about formal contractual obligations owing to the unorganised nature of the farm sector and lack of resources for a legal battle with private corporate entities.

The Essential Commodities (Amendment) Ordinance removes cereals, pulses, oilseeds, edible oils, onion and potatoes from the list of essential commodities. The amendment will deregulate the production, storage, movement and distribution of these food commodities. The central government is allowed regulation of supply during war, famine, extraordinary price rise and natural calamity, while providing exemptions for exporters and processors at such times as well.

Punjab Chief Minister Amarinder Singh, on the easing of regulation of food items said, it would lead to exporters, processors and traders hoarding farm produce during the harvest season, when prices are generally lower, and releasing it later when prices increase. He said it could undermine food security since the States would have no information about the availability of stocks within the State.

Critics anticipate irrational volatility in the prices of essentials and increased black marketing.

At least three young Rohingya refugees have died this week since landing in Indonesia after seven months at sea, relief workers have said. After being...
Read more
CORONAVIRUS