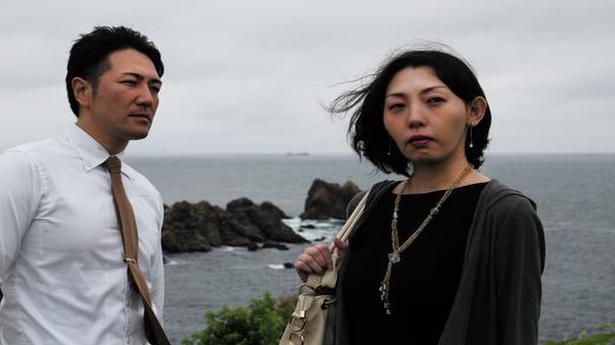 Loneliness is hyper-real in Werner Herzog’s Family Romance, LLC. The German auteur’s gaze on longing and solitude is raw and unfiltered. Through documentary aesthetics of using a single camera, often moving uncomfortably close to the actors’ faces, Herzog brings out a feeling of intrusion, as the film follows Yuichi Ishii, a father-on-hire, to an unsuspecting 12-year-old, Mahiro Tanimoto.

There is a rudimentary, almost dispassionate perspective on what seems like a bizarre business, when taken out of cultural context, where one can rent a father, friend, or co-worker. The film has rough cuts almost to an amateurish degree. One would expect this realism to cut close, yet Herzog’s film has a detached quality to it, one that barely manages to make an emotional dent.

The sentiment that overrides is that of oddity. Even as the narrative meanders and the subject at hand has profound relevance in the modern world, the film evokes a feeling of strangeness, rather than of introspection. The disconnect between the film’s aesthetics, staccato acting and intriguing subject, forms both the appeal and dissonance of the film.

Known for his documentaries as well as his fiction features, Herzog could have captured this subject in one of his non-fiction works. He showcases Tokyo intermittently through clean drone shots, which function as an antithesis to the film’s otherwise rough look, yet again blurring the lines between reality and fiction.

The casting also lends this film some verisimilitude. Ishii, who runs a rent-a-family service off-screen, may not be a terribly good actor, but his sheer presence, playing a version of himself on-screen, feels like one big meta-joke. As he goes about his routine, and eventually forms a bond with Mahiro, while pretending to be her long-lost father, and dealing with her affection in a morally-conscious way, he provides for a fascinating character study. It makes me wonder if he’s the same in real life. It’s this play between truth and imagination that’s most intriguing about this film, which otherwise is utterly banal.

With a conscious obfuscation of fact and fiction, Herzog perhaps wishes to comment on performative relationships in modern times. The intent is most evocative in a scene where Ishii explores a robot hotel, speculating on the possibilities of AI having emotions someday.

While commenting on the capitalist world, where money can buy relationships, Family Romance, LLC illustrates a larger dystopian reality, where human connections are transactional.

In one of his interviews at the Cannes Film Festival, where the film had its world premiere in 2019, Herzog talks about ‘quasi-friendship’ in the world of social media. Family Romance, LLC in that light, has a lot to say about how these quasi friendships could one day become the biggest export of a soul-less capitalist world. But the film’s biggest drawback is that intent and commentary seldom match what we see on-screen. What we are given is as blank and bland as AI humans, who perhaps have a lot going on inside their heads.

Family Romance, LLC will premiere on Mubi World on July 4, and will be available for free on Mubi on July 3 for 24 hours, along with a pre-recorded introduction and Q&A with Werner Herzog