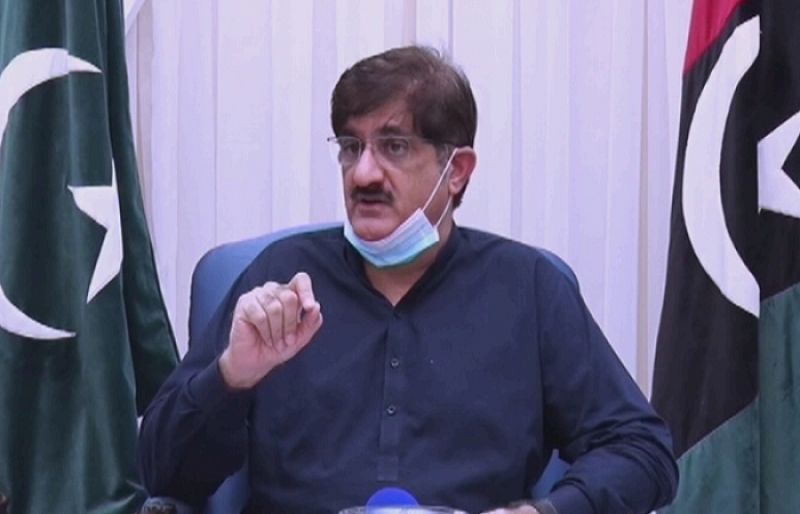 Chief Minister Sindh Murad Ali Shah on Sunday said he felt like it is too soon for Pakistan to declare victory over the coronavirus pandemic.

Speaking to the media here in the metropolis, Shah thanked the other three provinces — Balochistan, Khyber Pakhtunkhwa, and Punjab — as well as Prime Minister Imran Khan for taking steps for prevention from the deadly coronavirus. “I’d earlier stressed that the pandemic would spread but it could be stopped,” he noted.

“We controlled the pandemic to some extent through the efforts we took. There were some challenges earlier when people were unable to get bed-space in the hospitals.

“We made [designated] spaces in hospital for coronavirus patients,” he added, noting that the coronavirus testing in Sindh was double that of the other provinces.

The chief minister underlined that the Sindh government had only achieved a little bit of the success that it was aiming for.

“It is difficult to control coronavirus until a vaccine is developed,” Shah said.

He said he is not satisfied with the current testing levels in Sindh. “We have 11,268 beds,” he added.

“I feel like we are declaring victory over coronavirus too early. We made preparations but I am not completely satisfied,” he said.

The chief minister also urged people to get tested. “Please do get tested. If pressure builds on our hospitals, we will further ramp up our capacity [to handle cases].”

“Perhaps, a patient does not even know they have corona [virus] and they may be spreading it [to others],” he noted.

Shah also spoke of the upcoming important religious days in the Islamic months of Muharram and Rabiul Awwal, saying there was concern that people would gather in crowds on these days.

He said that the National Command and Operations Centre (NCOC) — the country’s nerve centre that monitors the efforts against and data on the coronavirus pandemic — had not met for a long time.

Speaking of the locust attacks throughout Sindh and Punjab, the chief minister criticised the establishment of the National Locust Control Service until only recently.

“The locust problem started last year and the Sindh government played its role; I visited the areas affected by locust [attacks],” he said. “The prime minister [has only now] set up a National Action Plan even though the locusts are the federation’s concern.”

Shah explained that the locusts that had arrived from Iran did not stop in Thar but went on to India and if they were not dealt with there, the bugs would likely return to Pakistan.

“We had been promised planes [to spray insecticide against locusts] on March 7 but we have not been given any to date,” he noted.

‘Provinces ask us to speak up’

He said his PPP-led government of Sindh would raise its voice against anything that was not in the province’s interest. “This country is run not only by the federation but the provinces as well,” he remarked.

“Various provinces claim they cannot speak up so they ask us to speak up. I became their spokesperson and that’s why I also became the ‘bad guy’.

“The provinces are being blamed for all of your shortcomings,” he said, addressing the Centre, adding that the federal government had slashed funds to the rest of the provinces.

The chief minister said Sindh informed the Centre that it would not charge withholding tax on vehicles. “In 2014-15, the federal government issued notices to provincial governments to fulfil their own targets,” he said.

Speaking of the Federal Board of Revenue (FBR), he said it was a “failed institution” and criticised how many of its chairpersons had been changed. The body cut off Rs7 billion from the funds for the government of Sindh over the non-submission of the withholding tax, he added.

“The FBR has not achieved its targets to date, despite cutting off money for the provinces. The FBR should be restructured,” he underlined.

“I put forth concerns to [Prime Minister] Imran Khan but he told me to take it up with previous governments. I did not say anything then due to respect but this is the kind of attitude he has towards the province,” he lamented.