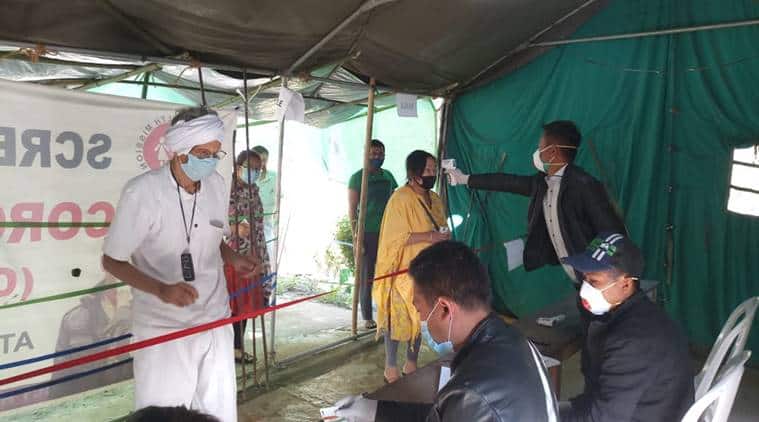 
Health officials screen passengers who have returned from Guwahati, at Mao Gate, Manipur.

Manipur Government has brought back as many as 84 Manipuris who were stranded at Guwahati due to the nationwide lockdown for over a month. Four buses which were sent last Wednesday to evacuate those stranded at Manipur Bhawan in Guwahati, arrived on Saturday morning.

Before proceeding to Imphal, all the passengers of the buses were screened by the official of the health department at Mao gate, which is the entry point to Manipur bordering Nagaland. However, no one was found with symptoms during the initial screening.

“All the individuals who were brought from Guwahati were screened at Mao gate and no one was found with symptoms. They have left Mao gate”, said Dr. Sasheekumar, spokesperson Manipur Health department.

The spokesperson said that the 84 passengers will be put under quarantine for 14 days as a mandatory action. He further informed they will be kept at a quarantine centre in Imphal, where samples will be collected for testing. As such, they have to spend a day in the quarantine centre, he added. 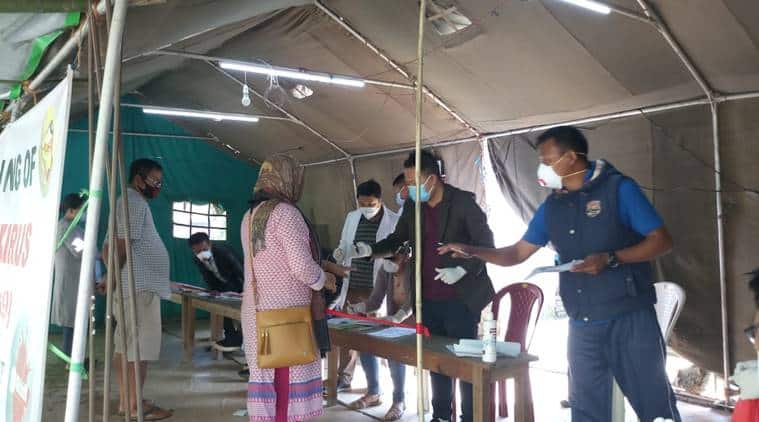 Health officials screen passengers who have returned from Guwahati, at Mao Gate, Manipur.

Manipur Health Minister L. Jayantakumar Singh on Thursday said that the state government is seeking the help of the Ministry of Civil Aviation and Home Affairs, to give permission for chartered flights to bring back the stranded state natives scattered in different parts of the country.

He appealed to the public not to stigmatize those who are returning back home as they have not been classified as infected by the virus.

As many as 152 natives of Mizoram who was stranded at Churachandpur district of Manipur left the district for their state on Thursday. The stranded Mizos left in altogether 24 hired vehicles, the expenses of which will be borne by the Home department of Mizoram.