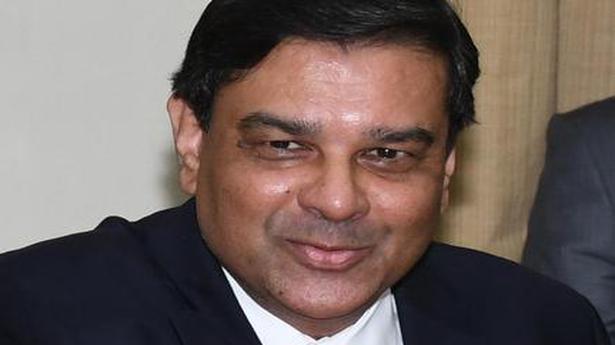 Urjit Patel, whose stint as the head of the central bank was one of the most tumultuous in recent times that ended with the rare event of an RBI Governor resigning, will be releasing a book later this month, his publishers have said.

Titled ‘Overdraft: Saving the Indian Saver’, the book focuses on the non-performing assets (NPAs) issue that has afflicted Indian banking in recent years, its causes and Mr. Patel’s efforts as the RBI Governor in dealing with it.

Mr. Patel’s book description says that sovereigns do not need to earn or save before spending money. They can either print or borrow.

“In our country, where they own banks, they can use our deposits to lend and splurge for goals that may not always be economic in nature. Many rulers have succumbed to the temptation, with dire results – inflation, debased currency, payments crises, bankrupt banks, economic stagnation, loss of public confidence.”

“After centuries of ruinous experiences, some governments learnt, others haven’t, to control themselves, create self-governing Central banks and let them manage money and regulate banks,” it says.

The issue of unsustainable bad debts started as a trickle in 2015 and then became a “flood”, it said. “In the forefront were some of India’s largest government banks, and a series of tycoons who were running their empires on unpaid debts.”

Mr. Patel worked with a ‘9R’ strategy which would protect depositors’ savings, rescue the banks and protect them from “unscrupulous racketeers”, it says.

Books or memoirs written by two of his immediate predecessors – Raghuram Rajan and D. Subbarao – had shed light on various subjects like the RBI’s autonomy, interest rates or its stance on demonetisation.

Mr. Patel, under whose governorship the note ban was carried out, surprised all by resigning from the RBI in December 2018.

The resignation came at a time when relations between the government and the RBI had soured, with the former threatening to invoke a never-before used clause to give directions to the central bank.

The RBI under Mr. Patel was reportedly averse to the government’s wishes on getting extra capital held by the central bank, restructuring loans to small businesses and providing liquidity support to the troubled non-bank lenders.

Mr. Patel’s resignation was followed by a long period of absence from public gaze.

However last month, in a surprise move, he was appointed as the chairman of the Ministry of Finance-run think-tank NIPFP.

Deputy governor Viral Acharya, who gave a strong speech asserting RBI’s autonomy and warned the government of the “wrath of markets”, also quit ahead of the completion of his term.

Mr. Patel was seen as very strict on the issue of NPAs and governance at banks, especially the private sector ones, where the RBI replaced the heads of ICICI Bank and Axis Bank, and started probing Yes Bank more closely.

The RBI had begun a thorough asset quality review (AQR) to find out the hidden stress on banks’ books when Patel was a deputy governor and he carried forward the same work.

Mr. Patel’s book will be released by the end of July, as per a book selling website.

Previous articleThree dead after boat capsizes in waters off Sydney’s south
Next articleMeeting between Nepal PM, Prachanda ends without conclusion, next round of talks tomorrow – Times of India