Home ENTERTAINMENT Music ‘Gharana does not matter if an artiste is good at what he...
ENTERTAINMENTMusic 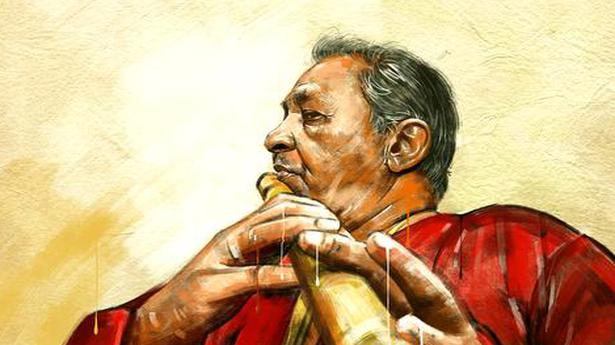 It’s been more than six decades since Pt. Hariprasad Chaurasia began his career — as a typist at the Additional District Planning Office in Allahabad. At 81, he is a byword for mastery of the bansuri or bamboo flute, and the winner of a plethora of awards both national and international. And when we meet at his Vrindaban Gurukal in Bhubaneswar, he stresses that every struggle in his life has shaped him into the person he is today.

His father, a professional wrestler, wanted his son to follow in his footsteps, but the young Chaurasia had begun to nurture a dream. He’d started learning music in secret from the age of 15. Pretending to go to the library to read newspapers, he would instead sneak off to visit his gurus. At first, he studied classical vocal under Pt. Rajaram, but one day he heard a recital by Pt. Bholanath, a flautist from Varanasi, who was then working with All India Radio (AIR) in Allahabad. Chaurasia decided to change his focus to the flute, and learned from Bholanath.

“Such was my determination that when some people in Allahabad told me that those who play the flute end up as beggars, I decided that I would nevertheless continue — but, instead of begging, would spend my whole life playing the flute at a temple and live by eating whatever was available there,” he says. Getting the typist’s job when he was 18 bolstered his confidence, and his father was happy when Chaurasia told him he’d started earning a salary and didn’t need to eke out a living as a wrestler. And with six months of hard work, he had learned stenography and got a job as a stenographer at the same office.

Meanwhile, his friends and colleagues started noticing his talent as a budding flautist. While continuing with the stenographer’s job, Chaurasia started working as a casual artiste at AIR Allahabad in 1954, playing the flute in children’s programmes. He did want to join AIR as a regular employee, and a programme executive at the radio station helped him find a vacancy. He finally made it when he was posted at far-off AIR Cuttack in 1956, where he worked as a performer as well as a composer. His parents, however, were far from happy that he’d quit his government job. “Music was not getting any support from the government as it has been in recent years.”

The young artiste’s popularity grew manifold in Odisha when — to the envy of his colleagues — many Odissi exponents, including Guru Kelucharan Mohapatra and his disciples, classical singer and music director Raghunath Panigrahi and Odissi vocal singer Balakrushna Das, invited him to play the flute in their programmes.

In 1963, he was transferred to AIR Bombay, a move that brought with it new opportunities. His talent was soon noticed outside radio when music director Madan Mohan called him in to play, as his regular flautist was unavailable. On his very first day, Chaurasia accompanied Lata Mangeshkar for a song recording in the morning and Talat Mahmood in the evening. He then studied the flute with Annapurna Devi, the famed surbahar player and daughter of Ustad Allauddin Khan of the Maihar School of Hindustani music.

It wasn’t easy to survive in Mumbai on ₹250 a month — though this was more than the ₹160 he’d been paid in Cuttack — and he was struggling to balance his time between his job and recording at private studios. So, Chaurasia quit his AIR job after only a few months and began to split his time between studios in several major cities while living in Mumbai.

Despite these moves, he never lost touch with Odisha, its people and their language, which he speaks fluently. He married an Odia girl, the singer Angurbala Roy with whom he had fallen in love during his days at AIR Cuttack. He teamed up with Bhubaneswar Mishra in Odisha and Pt. Shivkumar Sharma in Mumbai — the duos were known as Bhuban Hari and Shiv-Hari — to score music for many Odia and Hindi films respectively. His Odia films include Maa, Gapa Helebi Sata and Baata Abaata, while his Hindi films include Silsila, Faasle, Chandni and Lamhe.

He likes to spend most of his time in Bhubaneswar these days. “Odisha is the best place in the country. It’s peaceful and the people here are good. If some people here don’t like your music they will still not leave.” He now runs Gurukuls in both Bhubaneswar and Mumbai, with 11 boarding students at the former and six at the latter, as well as a few day scholars. The full-time students, who don’t pay any fees, are selected on the basis of merit and include one from Italy and one from Bangladesh.

Chaurasia’s horizons extend beyond north Indian classical to Indian folk and popular music, as well as Western music. How has music changed over time?

“Music has changed a lot over the years with the development of technology, and the change has been for the better. I am also happy with how the number of musicians is growing, but not that happy with the way they are handling their profession. Gharana does not matter to an artiste if he is good at what he performs and is well-mannered.” And what is his message for today’s youth? “They should choose to do what they like and pursue it with complete devotion. One should just give enough time to music. The whole world will know.”