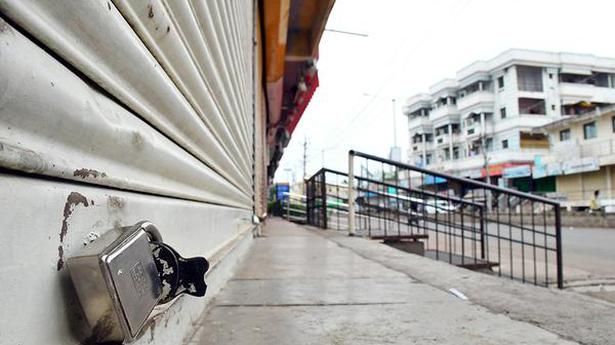 The State-wide curfew imposed on Sunday as a step to enforce social distancing to curb the spread of COVID-19 received an overwhelming response in Kalyana Karnataka region comprising Bidar, Kalaburagi, Yadgir, Raichur, Koppal and Ballari districts.

All business outlets, except for those offering essential goods and services such as hospitals, medical shops and petrol pumps did not open their shutters in the morning.

People were found buying milk at the corners of their residential areas for a couple of hours in the morning.

Since the State-run North Eastern Karnataka Road Transport Corporation (NEKRTC) suspended all its bus services and the other public transport service providers such as autorickshaw operators and taxi drivers suspended their operations for the day, vehicular movement in the region’s roads was very thin.

People who came to bus stands in towns and cities across the region to take buses to their villages had to suffer a lot as the services were suspended since Saturday night itself.

In certain places, including Kalaburagi, even grocery shops on the main roads that came under essential services and exempted from curfew remained closed.

To ensure the strict enforcement of the curfew, the Police Department had made elaborate arrangements.

It had begun preparing people for the Sunday curfew since Saturday evening through public announcement using loudspeakers in the commercial areas.

It deployed forces in crucial places such as supermarket areas in Kalaburagi and Raichur where huge crowds gather on normal days. Police constables on duty were found interrupting private vehicles on roads and sent their owners back to their houses.

Sai Baba devotees who came to a shrine in Ballari for special worship on the occasion of Guru Poornima offered their prayers standing in a queue on the road as the shrine was closed.