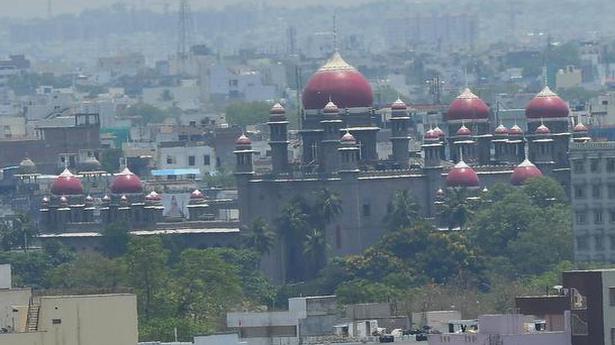 A former anchor for Telugu TV news channels and journalist Teenmaar Mallanna alias Ch. Naveen Kumar approached the HC through a writ petition. He requested the court to instruct authorities to provide information on the whereabouts and health condition of Mr. Rao.

When a division bench headed by Chief Justice Raghvendra Singh Chauhan assembled for hearing the day’s petitions, the journalist’s lawyer made a mention about the writ petition. The counsel appealed to the bench to allow the lunch motion of the writ petition.

The lawyer told the court that the petition was filed two days ago but it was not numbered yet. Since the petition was about the health of the CM of the State, it needed to be heard at the earliest, the lawyer said.

However, the bench declined to permit the lunch motion. It observed that the CM would have been hail and healthy.

The authorities would release information, which is required to be conveyed to the public, at the appropriate time. There is no urgency for the petition to be heard, the bench said.

The CJ remarked that he would not allow the court to be open for political gimmicks and hence cannot allow the petition unless it is listed.

In another case, the bench of the CJ and Justice B. Vijaysen Reddy directed the Assistant Solicitor General of India N. Rajeshwar Rao to ascertain the stand of Food Safety and Standards Authority of India (FSSAI) on usage of ethylene generated from Ethephon to ripen fruits. It also instructed the FSSAI, Telangana Food Safety Commissioner to file counter affidavits on the matter.

The petitions were posted to July 16 for next hearing.