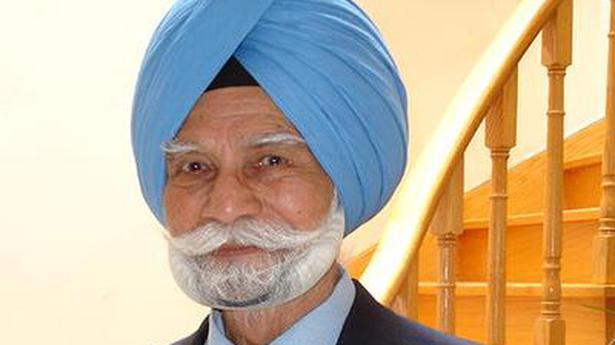 Balbir Singh Sr was admitted to Fortis hospital at Mohali on Friday evening with complaints of pneumonia.

“His condition is still critical, he continues to remain on ventilator. Though slightly better than what he was upon admission to the hospital, he is not yet stable,” Kabir said.

Balbir Singh Sr was taken to the private hospital from his residence in Sector 36 in Chandigarh, where he lives with his daughter Sushbir and Kabir.

Balbir Singh Sr was running high fever on Thursday night. Initially, the family tried to manage by giving him sponge baths at home but his conditions didn’t improve so they shifted him to the hospital.

In January last year, Balbir Singh Sr was discharged from PGIMER, Chandigarh after spending 108 days in the hospital, where he underwent treatment for bronchial pneumonia.

“It is an unparalleled achievement and credit to his grit that he could recover at the age of 95 from the scenario of bronchial pneumonia and near cardiac failure that he was initially admitted with,” Prof Jagat Ram, Director PGIMER had then said when the former India captain was discharged.

During the 2012 London Olympics, the iconic centre forward was honoured as the only Indian among 16 chosen Olympic legends across modern Olympic history.

His world record for most goals scored by an individual in the men’s hockey final of the Olympics still remains unbeaten. He had scored five goals in India’s 6-1 victory over the Netherlands in the gold medal match of the 1952 Helsinki Games.

He was conferred with the Padma Shri in 1957 and was also manager of India’s only World Cup winning team in 1975.

Previous articleAgartala: Lathicharge after people protest new Covid-19 hospital near residential area
Next articleBikers share what they miss the most about not being on the road during lockdown