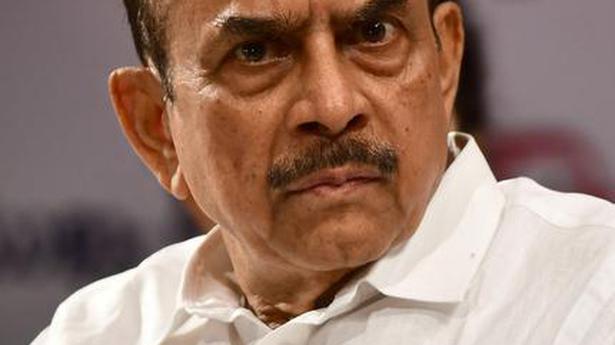 Home Minister Mohammed Mahmood Ali has termed the criticism of the opposition parties over the demolition of mosques and temple in the old Secretariat premises as meaningless and advised these parties not to create confusion among the people with their criticism.

The opposition leaders were levelling allegations against the government in spite of the fact that Chief Minister K. Chandrasekhar Rao has assured that more spacious mosques and temple formed part of the plan of the new Secretariat complex. The Chief Minister was categorical in saying that the inauguration of the new Secretariat complex would be taken up after prayers were offered in the new temple and mosques that would be constructed on the premises.

In a statement, the Home Minister said the opposition parties were indulging in unnecessary propaganda against the government as they were left with no issues to criticise the government which was committed to all-round development of the State and had been implementing various schemes in this direction. The opposition leaders were worried about their political survival which had become questionable with the implementation of the spree of welfare and developmental programmes.

Mr. Mahmood Ali asserted that the Chief Minister was secular and was committed to the welfare of all people cutting across religious lines. People were aware about the manner in which the renovation of the historic Yadadri temple had been taken up by the government and building mosques and a temple should not be a problem for the government which had taken up project of that scale.