‘Homecoming’ review: An eminently watchable thrill-ride, despite its flaws 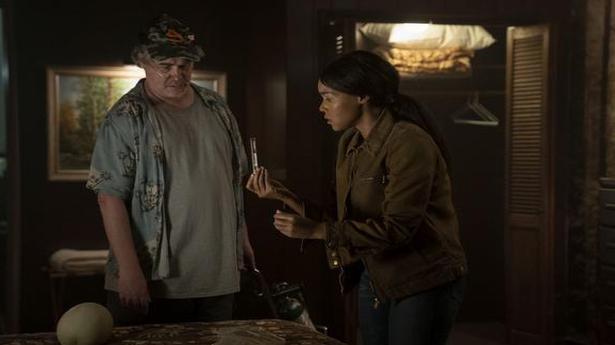 The second season of Homecoming, which dropped on May 22, opens with a woman (Janelle Monáe) waking up on a boat with no memory of how she got there and who she is. It brought back memories of The Bourne Identity, about baby-faced amnesiac assassin Jason Bourne, who was fished out of the Mediterranean with bullets in his back, no memory and a particular set of interesting skills. The 2002 Doug Liman movie also had one of the smartest lines of the year, “Why don’t you book a conference room, maybe you can talk him to death.” (Zoom meetings anyone?)

Bourne as we all know was part of a shady CIA black ops programme called Treadstone and spent many movies trying to figure out his identity. Chris Cooper, who runs Treadstone, plays Leonard Geist, the eccentric owner of Geist Emergent Group in Homecoming, season 2.

Based on a podcast (that might be a first), Homecoming, which was released in November 2, 2018, tells the story of a sinister government facility, Homecoming Transitional Support Center, which supposedly helps soldiers reintegrate into civilian life. Naturally nothing is at seems. The podcast was created by Eli Horowitz and Micah Bloomberg, who also created, wrote and executive produced the show.

Heidi Bergman (an assured small screen debut from Julia Roberts) is a caseworker at the facility. Season 1 alternates between two timelines — 2018 when Heidi is working with a personable young veteran, Walter Cruz (Stephan James) and 2022 when Heidi is working as a waitress. The aspect ratio changes to indicate the time jumps. When Thomas Carrasco (Shea Whigham) from the Department of Defense, investigating a complaint, asks Heidi about her work at the Homecoming facility, she realises she has no memory of it.

Beautifully acted and written, Season 1 was an adrenaline-filled thrill ride. Though Roberts does not return in Season 2, James does as do Bobby Cannavale as hustling and eternally ambitious Colin and Hong Chau as the mousy assistant Audrey Temple who transforms into tough boss lady. Joan Cusack joins season 2 as Bunda, a high-ranking officer from the DOD who wishes to partner with Geist Emergent Group.

Season 2 does not have the propulsive power of season 1. It basically riffs off season 1’s premise instead of taking a new route and uncovering some other villainy of the military-pharma complex. However, it is not all bad either. It moves quickly, Cooper and Cusack are eminently watchable (their scenes crackle with energy with Cooper’s Geist dismissing Bunda with “Those are lyrics, they sound good but do not mean anything”) and the climax is suitably over the top.

Memory has often been used as a marker for identity in science fiction from Blade Runner to Dark City. If we are a sum total of our memories, then what if we could eat the pretty berries from the Geist farm and erase 2020 from our collective memories? Would we be the happier for it? And while we try and figure that out, we could watch Monáe figure out if she is Jackie, a vet who served in Syria, or Alex the commitment-phobic corporate fixer.