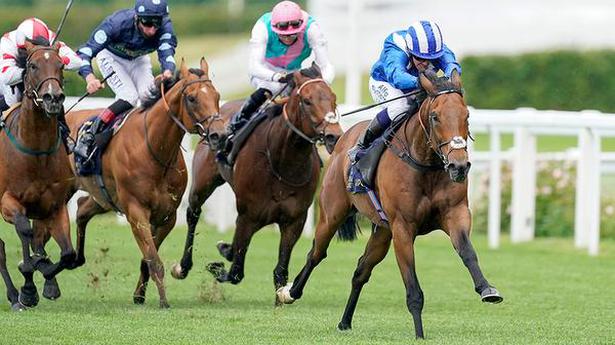 Top sprinter Battaash (Jim Crowley astride) added one major title missing from his trophy cabinet, after finishing second in the past two editions, by winning the King’s Stand Stakes, one of the two Group One races at the Royal Ascot, which got underway in crowd-free conditions on Tuesday.

Circus Maximus (Ryan Moore up) claimed the honours in the Queen Anne Stakes, the other Group One race on the opening day of the prestigious horse-racing event of the English summer. A total of 36 races have been scheduled in the programme.

Earlier, Queen Elizabeth II, who is missing the event for the first time in her 68-year reign, said Royal Ascot would “remain one of Britain’s finest sporting occasions”.

“This year Ascot will feel different for many,” the 94-year-old monarch wrote.

“It is so often a chance for friends, families and colleagues to gather together and enjoy a shared passion. I am sure however, that with the valiant efforts of the organisers, owners, trainers and stable staff it will remain one of Britain’s finest sporting occasions and a highlight of the racing calendar.”

Previous articleCafe society returns to Paris as bars and bistros spill out on the pavements
Next articleOGQ, GoSports team up to lend a helping hand in hockey