How America lost the war on COVID-19: Policy of trading deaths for jobs and political gain backfired – Health News , Firstpost 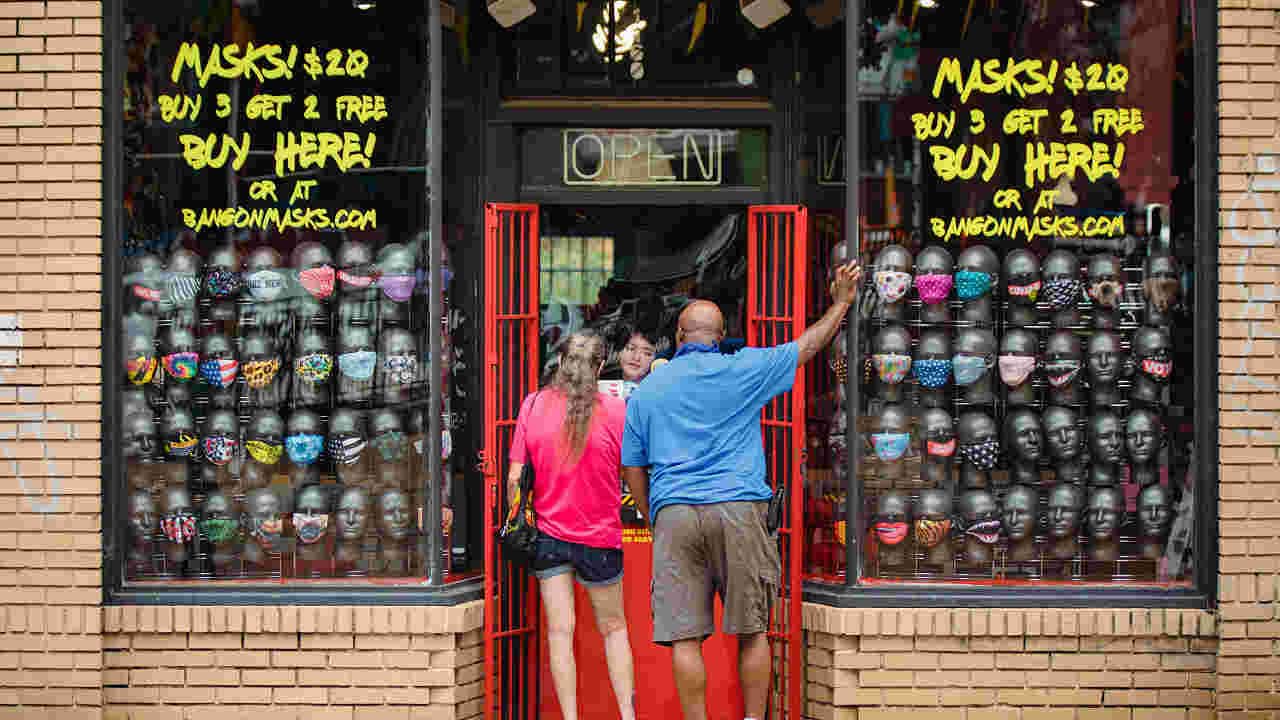 I don’t think any other advanced country has a comparable number of people who respond with rage when asked to wear a mask in a supermarket, writes economist and Nobel laureate Paul Krugman

When did America start losing its war against the coronavirus? How did it find itself an international pariah, not even allowed to travel to Europe?

I’d suggest that the turning point was way back on 17 April, the day that Donald Trump tweeted “LIBERATE MINNESOTA,” followed by “LIBERATE MICHIGAN” and “LIBERATE VIRGINIA.” In so doing, he effectively declared White House support for protesters demanding an end to the lockdowns governors had instituted to bring COVID-19 under control.

As it happens, the Democratic governors Trump was targeting in those tweets stood firm. But Republican governors in Arizona, Florida, Texas and elsewhere soon lifted stay-at-home orders and ended many restrictions on business operations. They also, following Trump’s lead, refused to require that people wear masks, and Texas and Arizona denied local governments the right to impose such requirements. They waved away warnings from health experts that premature and careless reopening could lead to a new wave of infections.

And the virus came.

The initial outbreak of COVID-19, centred on New York, should have taught Americans to be wary. Rising rates of infection can seem like a minor concern at first, especially if you don’t have adequate testing, until they explode with terrifying speed.

But neither Republican politicians nor the Trump administration was willing to heed that lesson. By the second week of June new COVID-19 cases were surging in Arizona and clearly on the rise in Texas. Yet the governors of both states dismissed calls for a pause in reopening, insisting that things were under control.

And on 16 June, of course, The Wall Street Journal published an opinion article by Vice-President Mike Pence declaring that there wasn’t and wouldn’t be a coronavirus second wave. Given the Trump administration’s track record, this virtually guaranteed that the wave was about to hit. And so it was.

Over the past three weeks things have quickly gotten very grim. Hospitals in Arizona and Texas are in crisis. And, yes, it was premature reopening that did it, both directly and by sending a signal to individuals that the risk was past.

But why did America bungle COVID-19 so badly?

There has been a fair bit of commentary to the effect that the failed pandemic response was deeply rooted in American culture. Americans are, the argument goes, too libertarian, too distrustful of government, too unwilling to accept even slight inconveniences to protect others.

And there’s surely something to this. I don’t think any other advanced country (but is the USA still an advanced country?) has a comparable number of people who respond with rage when asked to wear a mask in a supermarket. There definitely isn’t any other advanced country where demonstrators against public health measures would wave guns around and invade state capitols. And the Republican Party is more or less unique among major Western political parties in its hostility to science in general.

But what strikes me, when looking at America’s extraordinary pandemic failure, is how top-down it all was.

Those anti-lockdown demonstrations weren’t spontaneous, grassroots affairs. Many were organised and coordinated by conservative political activists, some with close ties to the Trump campaign, and financed in part by right-wing billionaires.

And the rush to reopen in Sunbelt states was less a response to popular demand than a case of Republican governors following Trump’s lead.

The main driving force behind reopening, as far as I can tell, was the administration’s desire to have big job gains leading into November, so that it could do what it knew how to do — boast about economic success. Actually dealing with the pandemic just wasn’t Trump’s kind of thing.

In that case, however, why has Trump refused to wear a face mask or encourage others to do so? After all, wider use of masks would be one way to limit infections without shutting down the economy.

Well, Trump’s vanity — his belief that wearing a mask would make him look silly, or mess up his makeup, or something — has surely played a role. But it’s also true that masks remind people that America hasn’t controlled the coronavirus — and Trump wants people to forget that awkward fact.

The irony is that Trump’s willingness to trade deaths for jobs and political gain has backfired.

Reopening did lead to large job increases in May and June, as around a third of the workers laid off as a result of the pandemic were rehired. But Trump’s job approval and electoral prospects just kept sliding.

And even in purely economic terms the rush to reopen is probably failing. The last official employment number was a snapshot from the second week of June; a variety of short-term indicators suggest that growth slowed or even went into reverse soon afterward, especially in states where COVID-19 cases are spiking.

In any case, the point is that America’s defeat at the hands of the coronavirus didn’t happen because victory was impossible. Nor was it because as a nation, it was incapable of responding. No, America lost because Trump and those around him decided that it was in their political interests to let the virus run wild.