How India’s Battling On Two Fronts: China And Pakistan 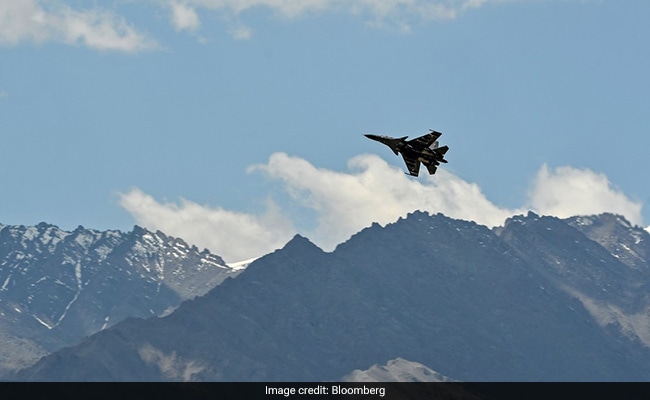 Talks between Chinese and Indian army commanders in Ladakh region ended without a major breakthrough.

The Indian military has been talking about a two-front war with neighbors Pakistan and China for decades to keep politicians focused on defense spending. Now that scenario is looking ever more realistic, with conflicts flaring on both its borders.

Talks earlier this week between top Chinese and Indian army commanders in the Ladakh region ended without a major breakthrough, the second such attempt to cool things down since 20 Indian soldiers and an unknown number of Chinese troops were killed on June 15 in their worst clash in four decades. Around the same time, weapons and explosives were recovered and two suspected terrorists were killed after a 15-hour gun battle some 660 kilometers (410 miles) away in south Kashmir, officials said.

India has fought four wars with China and Pakistan since it gained freedom from British rule in 1947, but it has never had to defend both borders at the same time. Indian military officials are growing concerned that China and Pakistan might gang up on New Delhi at a time when Prime Minister Narendra Modi’s government is faced with surging coronavirus infections. Modi made a surprise visit to Indian Army headquarters in Leh on Friday, where he was briefed on the nine-week long face-off with China.

“New Delhi is clearly under great pressure, whether from Covid-19, along the Line of Control in Kashmir, or from China,” said Ian Hall, professor of international relations at Griffith University in Queensland, Australia, and author of ‘Modi and the Reinvention of Indian Foreign Policy.’ “We have seen relations with both Islamabad and Beijing worsen over the past few years, and the result is that both have decided to escalate things during the pandemic, when the Modi government is stretched and distracted.”

The Indian military is huge and contingencies are always kept in mind, said a senior security official who wasn’t authorized to speak to the press. But despite the planning, the need to commit resources to two fronts at the same time would stretch the armed forces.

It’s an eventuality India’s army chief has warned of, urging the government — including its diplomatic corps — to be prepared to step in to avoid it.

“As far as two front war is concerned it is a possibility,” General Manoj Mukund Naravane, India’s Chief of Army Staff, said in May. “A country does not go to war with its armed forces alone. It has other pillars like diplomatic corp and other organs of government which will come into play to make sure that we are not forced into a corner where we will have to deal with two adversaries at the same time and in full strength.”

Indian and Chinese troops remain deployed eyeball-to-eyeball along the country’s northern boundary, the unmarked and contested Line of Actual Control, which saw tensions rise in early May. Both sides have amassed thousands of troops, artillery guns and tanks at multiple locations.

The army said Wednesday more diplomatic and military talks were planned “to ensure peace and tranquility” after military level negotiations ended without a clear outcome. In Beijing Foreign Ministry spokesman Zhao Lijian told reporters China hoped the two sides would “keep up close communication through military and diplomatic channels, and ease the situation and lower the temperature along the border.”

At the same time, India’s 742-kilometer (460 miles) Line of Control with Pakistan has become equally active and tense. Indian troops have faced regular cross-border firing and engaged in counter-terror operations in the hinterland.

India’s army said it killed 127 “terrorists” in the first six months of the year, about 30% higher from a year ago, according to a senior security official who asked not to be identified, citing rules for speaking with reporters. The incidents of cross-border firing recorded by the Indian military also doubled in 2020 compared to 2019, the official said.

Pakistan’s foreign ministry in a statement Wednesday blamed India for more than 1,500 “cease-fire violations” including deaths and injuries of civilians on their side of the Kashmir frontier this year.

Some military formations which normally move to Jammu & Kashmir to bolster the counter-insurgency operations along the Pakistan border in the summer months have now moved to the India-China border.

“The Indian Army is a well-led professional force organized, equipped, trained, experienced and motivated to take on any commitments that it may be called for, be it internal or external,” Indian Army spokesperson Colonel Aman Anand said in response to questions.

Collusion between Pakistan and China to keep India’s western and northern borders on simmer at the same time is difficult to prove but cannot be ruled out, said Vipin Narang, associate professor of political science at MIT and author of ‘Nuclear Strategy in the Modern Era: Regional Powers and International Conflict.’

“But my general sense is that Pakistan may feel like it needs to show resolve at home and to India in Jammu & Kashmir” after India changed the province’s constitutional status in August last year, Narang said. Islamabad may “also be opportunistically taking advantage of India’s distraction and focus on the LAC.”

The clash with “China is obviously a major embarrassment for India. What are India’s choices? It can’t attack China and throw them out and they know it,” said Mahmud Durrani, a retired lieutenant general and national security adviser in Pakistan. “The fallout of that can be that to prove their strength and muscles, they are going to do something with Pakistan — the smaller partner of China. They will do something to prove to its people that ‘we are still strong’.”

Durrani said a “connection between the strategic movements between China and Pakistan” could also “be a possibility.”

Whichever way it plays out, “it could be a very tense and bloody summer for India on both of its borders,” Narang said.

–With assistance from Khalid Qayum and Kamran Haider.

Previous articleThe data is in: men are too fragile to wear Covid-19 masks. Grow up, guys | Priya Elan
Next articleHamilton review: Play it on a loop