Home ENTERTAINMENT Dance How maths, science and imagination came together for a transmedia Bharatanatyam opera...
ENTERTAINMENTDance

How maths, science and imagination came together for a transmedia Bharatanatyam opera inspired by Srinivasa Ramanujan Antariksha Sanchar, a Bharatanatyam dance opera accompanied by multimedia, premièred at Royal Opera House in Mumbai in 2018. The performance was then staged in Delhi and Bengaluru; if not for the COVID-19 lockdown, plans were on to stage the show in Chennai and Hyderabad this year. For now, two of the key players behind this production — Goa-based visual artist Avinash Kumar and music composer Murthovic from Hyderabad — are happy to release two music albums based on the dance opera, in which Carnatic classical meets electronic music. A graphic novel, a video game (Antariksha Sanchar: Transmissions in Space) and an AR/VR (augmented reality and virtual reality) experience of the dance opera are in the works.

What is Antariksha Sanchar? It’s a speculative adventure story inspired by the mosaic of cultures in South India. Set in the 1900s, it explores mathematical genius Srinivasa Ramanujan’s dreams of wanting to travel from his home in Madurai to other planets in the solar system.

The idea came up in 2010, says Avinash, formerly a VJ who went by the screen name ‘thiruda’ (thief in Tamil). “My mother (dancer Jayalakshmi Eshwar) had this idea of a Bharatanatyam opera that can narrate stories from Indian mythology and science. It was a starting point and we worked on it as an audio-visual collective in my studio Quicksand. I also thought of a transmedia video game based on the idea,” he says.

The development took time, as Avinash and his mother were involved in their respective work commitments. In 2012, a grant from British Council helped Avinash design a video game prototype. Then, Red Bull came on board and gave the project a larger canvas to play with, culminating in the première at Royal Opera House, Mumbai.

It was an experimental and exploratory journey for everyone involved, says Sri Rama Murthy aka Murthovic: “Avinash did the sketches, animation and is tech savvy to envision the ballet on different media. His mother Jayalakshmi, with her strong roots in classical dance, was open to incorporating dance elements outside of the strict classical regimen. And I had grown up listening to Carnatic classical music but had been working on electronic music for the last two decades. I auditioned and formed a band of eight musicians who could jam together on Carnatic and electronic music,” says Murthovic. 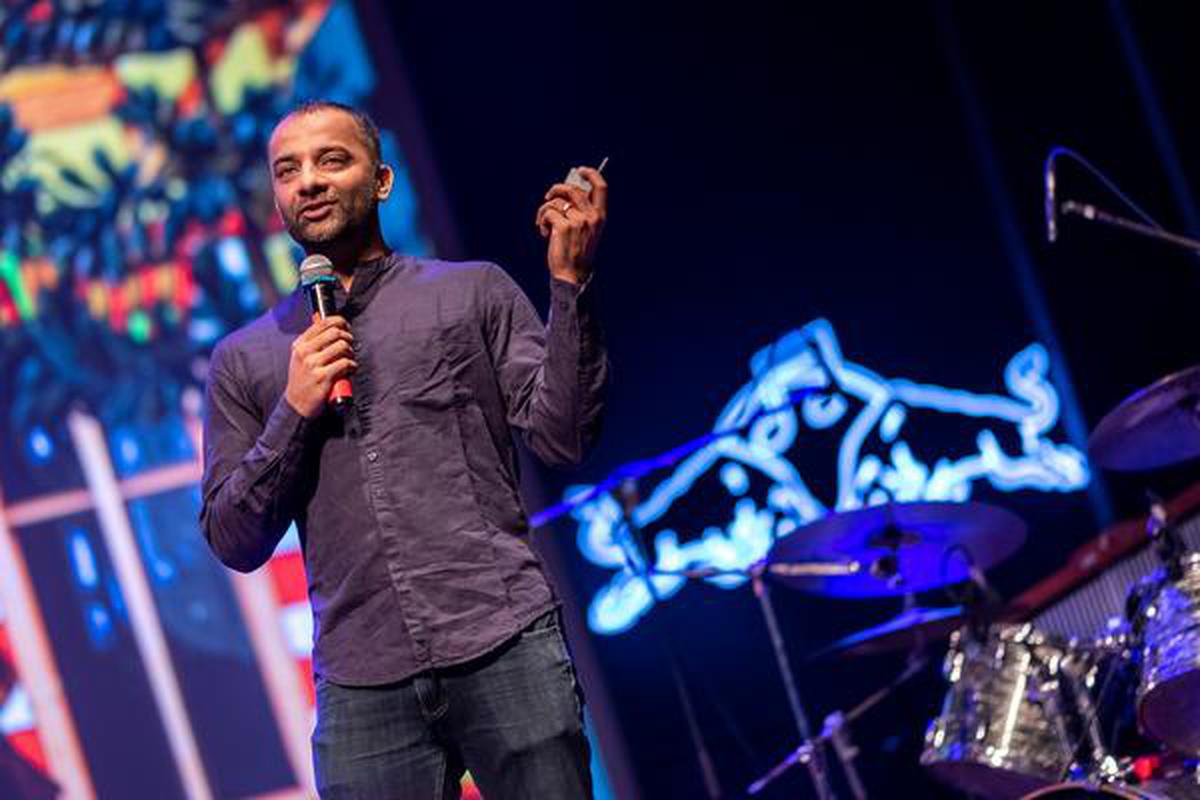 A team of 60-plus had worked to bring the ballet to stage. The visual and aural references stemmed from many sources, including travels to neighbourhoods of Madurai, the Meenakshi temple, the gopurams of temples in Kanchi, and the famed Chettinad houses.

Two months ago, a prototype of a graphic novel based on Antariksha Sanchar was launched at a design fest in Mexico. Simultaneously the team was also working on music albums recorded on vinyl in Berlin. “Due to COVID-19 situation, the vinyls are stuck in Berlin. We decided to go ahead and release the albums digitally,” says Murthovic. 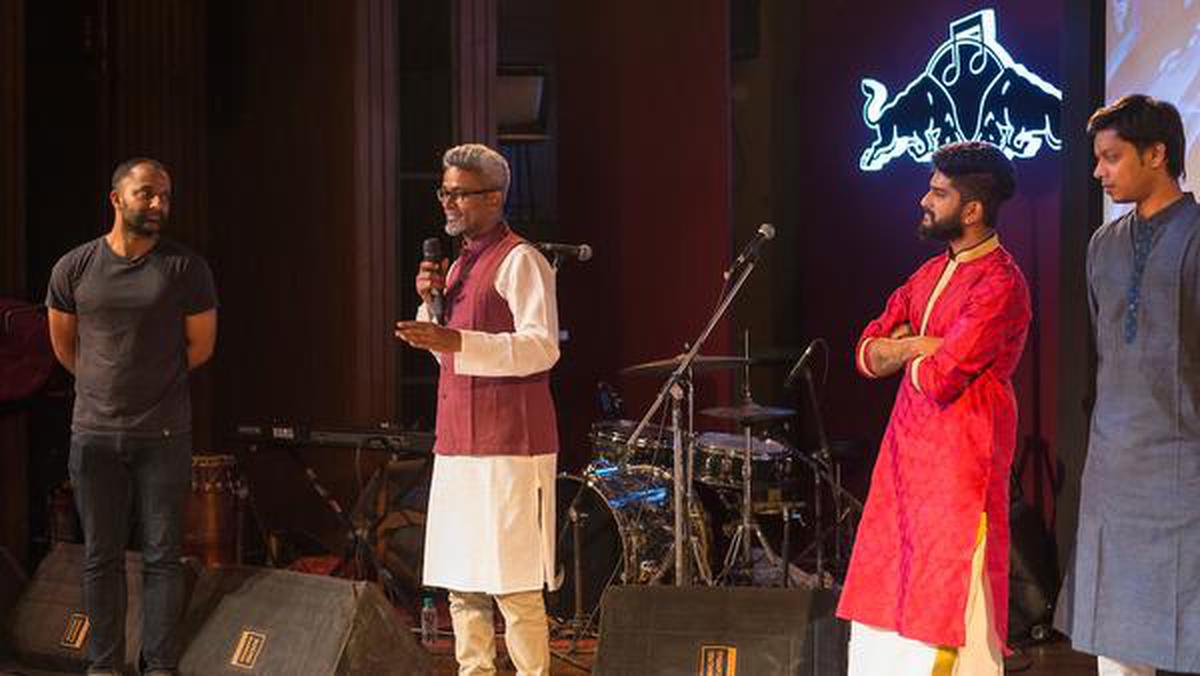 Vol. 1 has a set of original music from the dance opera and Vol. 2 has remix versions of these.

Talking about the road ahead for Antariksha Sanchar, Avinash hopes that they will be able to stage a new and improvised show in different cities in 2021 and also unveil the video game and the graphic novel. “We are also working on podcasts as well, to tell people what went into the project,” says Avinash, signing off.

(Check antariksha.in and redbull.in for more details. The two music albums are on bandcamp.com and will also be available on Spotify, Gaana and other music aggregators by May 29, 2020.)