How to support the arts during a pandemic 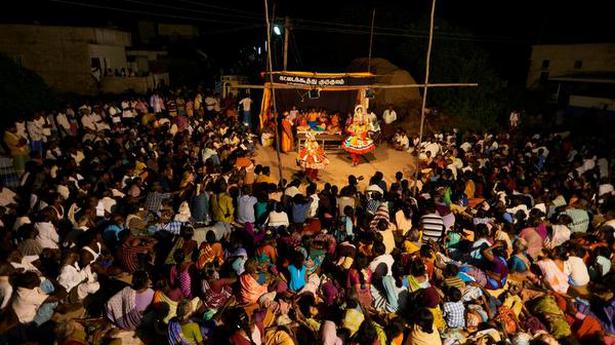 Steadily gathering supporters online is a crowd-funding campaign that trains its specific energies on a frequently overlooked segment of India’s vast marginalised populace — artistes and artisans who tenaciously keep alive cultural traditions and practices in the performing arts. The coronavirus outbreak and subsequent nationwide lockdown swiftly brought the curtains down on live performances and cultural offerings everywhere, putting paid to what was already a tenuous means of livelihood for many. Dubbed Assistance for Disaster Affected Artistes, or ADAA, the fund is spearheaded by a small group of concerned individuals associated with the arts. They include prominent musicians Shubha Mudgal and Aneesh Pradhan, cultural practitioners Arundhati Ghosh and Sameera Iyengar, actor and entrepreneur Rahul Vohra, and casting coordinator Mona Irani.

On the funding platform Our Democracy, ADAA’s campaign note reads, “Many freelance artistes . . . face the uncertainty of when and how they will be able to earn again. With no savings, meagre resources, and in many cases several dependents, the coming months present a bleak future for them.” The modus operandi is simple. The target amount of ₹35 lakhs will “provide over 100 families of [individuals working in performing arts] with a monthly assistance of ₹5000 for the next six months [starting May], to cover costs of basic rations and provisions.” Ten arts organisations from across the country will select the beneficiaries, and the money will be transferred to individual bank accounts by a public charitable trust, the Indian Writers Forum, with details of beneficiaries made available to donors on request. At the time of going to press, ADAA had already raised more than ₹16 lakhs midway through its funding drive.

In picking out the on-ground cultural organisations from ten states that it has decided to partner with, ADAA has spread the net wide to include groups with a proven record of grassroots outreach. They are also culturally diverse in terms of their arts focus. For instance, the Rajasthan-based Pehchaan Lok Sangeet Sansthan is a training centre for folk musicians like the Manganiyars of Barmer, who quarantined audiences experienced in their full glory in Roysten Abel’s The Manganiyar Seduction, streamed recently as part of the [email protected] digital initiative. Pehchaan have already begun raising funds and distributing provisions independently. Uttar Pradesh’s Sanatkada Trust is a cultural centre that doubles up as a traditional crafts and textiles outlet in old-world Qaiserbagh, in the very heart of Lucknow. The Delhi-based Sarthi operates under the tag line ‘friends of artists in need’ – Mudgal, Shabana Azmi and Sanjna Kapoor are among the nonprofit’s many founder-members. The Imphal Talkies of Manipur and Maharashtra’s Yalgaar Sanskrutik Manch are politically-aware acts that powerfully use music and poetry to fuel resistance culture, while West Bengal’s Jana Sanskriti uses Augusto Boal’s Theatre of the Oppressed methodologies to ignite change and agency in rural communities. The other groups include Telangana’s Nrityanjali Academy — an institute for classical dance — and radical theatre outfits Samudaya of Karnataka and Chennai Kalai Kuzhu.

Our Democracy is certainly an appropriately socially conscious platform for ADAA, geared as it is towards raising funds for journalists, political activists and change-makers, and building online communities to amplify campaigns for social change. At this point in time, more than two dozen campaigns dealing with Covid-19 relief efforts are running concurrently on its website.

Apart from ADAA, campaign owners are raising funds to assist daily-wage workers, waste collectors and transgender communities; to set up food kitchens; or procure protective equipment for health professionals. Collectively, more than ₹2 crore (and counting) has already been raised by such campaigns.

Internationally too, economic disruptions in the arts are being met with concerted efforts to keep the task force afloat during these taxing times. The Artist Relief Fund in the United States has, via a consortium of nonprofits, put together $10 million for artists in the throes of “dire financial emergencies” due to the pandemic. In the United Kingdom, Arts Council England has launched a £160 million emergency fund for museums, artists, and galleries during the coronavirus crisis.

There’s also the Fleabag Support Fund, whereby a portion of the proceeds from digital downloads of Phoebe Waller-Bridge’s acclaimed one-woman show Fleabag, will go towards freelancers working in the UK theatre industry. While these funds are focused on sustenance, the Culture in Quarantine Fund, a new commissioning strand from BBC Arts, will enable artists of any discipline to produce work in creative media — video, audio and interactive — under self-isolation principles.