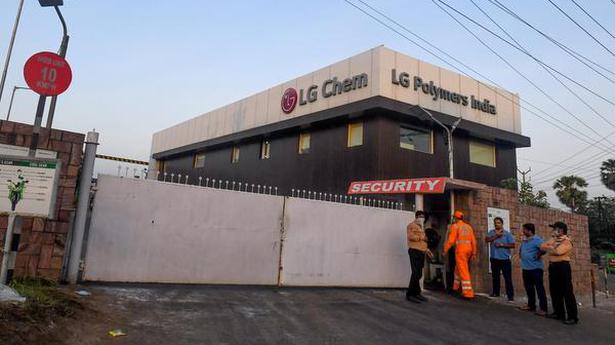 The High Power Committee (HPC) that probed the styrene monomer vapour leak from the LG Polymers’ plant at RR Venkatapuram in Visakhapatnam, that killed 12 and hospitalised over 580 persons on May 7, in its 350-page report has recommended the shifting of the factory.

The report comes as a shot in the arm for many groups who have been demanding the same, on the ground that the chemical factory is listed under category-A of hazardous industries.

Basing on the safety considerations and environmental aspects and the feedback received from the public and stake holders, it is suggested to shift the “Hazardous Chemical industry of M/s LG Polymers from the present location and it may be relocated away from the human habitations preferably in the established notified industrial estates”, the committee said in the report.

It further suggested that the State government or APIIC may allot suitable land in any industrial estate as per rules, for the smooth shifting of the factory.

The land where the factory stands now may be used for either green or white category industries subject to the outcome of environment clearances or it may be converted for residential or commercial purpose, the panel said.

While welcoming the suggestion, rights groups, however, said the HPC had failed to notify the concerned authorities who had changed the profile of land use over the years for reasons best known to them.

The report mentions that now LG Polymers is located in a thickly populated area and human habitations have grown exponentially surrounding the industry in the last 15 to 20 years. “Why were human habitations allowed to flourish beside the factory? What were the authorities concerned doing?” asked V.S. Krishna of the Human Rights Forum.

Change of land use

The Town Planning Trust (TPT), now Visakhapatnam Metropolitan Region Development Authority (VMRDA), in August 1970 had earmarked the factory area as ‘Heavy Industrial Zone’. Subsequently, a GO in 1987, changed the surrounding area of the factory as ‘Residential Use’. Based on it, in the First Master Plan, the Hindustan Polymers (earlier name) area was earmarked as ‘Industrial Use’ and surrounding lands as ‘Residential land Use’, without leaving any land for ‘buffer zone’. And the VMRDA in its report to the HPC stated that there was no provision to notify buffer zone/no development zone around the major chemical industries, said Mr. Krishna.

In the present applicable Master Plan of Visakhapatnam approved in 2006, the existing land area of LG Polymers was earmarked as ‘General Industrial Zone’, and the surrounding lands as residential land use. Accordingly, residential buildings have been permitted there over the years.