It could not have been easy to make the second-generation Hyundai Creta. Simply put, the original was a blockbuster and the go-to model in the mid-size SUV segment. However, the segment has grown over the years with stronger rivals (one in particular from Hyundai’s own backyard). And with more rivals just around the corner, the new Creta has its work cut out for it. So, can the successor surpass the original?

Compared to its predecessor, the new Creta is visibly larger and has superb proportions, with a chunky, square-shaped front end, thick creases and broad shoulders. However, the smaller details are likely to polarise people. The flat nose houses a big grille and lighting is via an unusual three-part, C-shaped LED DRL pattern, with the actual LED headlamps in a cluster lower down (the indicators and fog lamps are lower still). The LED tail-lamps mirror the headlamps, although a neat black strip housing the high-mount stop-lamp adds some relief. The design is quirky at best and fussy at worst.

The interiors are quite the opposite, and you are welcomed by a clean and simple dashboard design, with a rather elegant V-shaped flowing centre console. The all-black interior with red highlights seen here is exclusive to the 1.4 Turbo model, while others get a more conventional beige-and-black interior. Sporty as this colour scheme is, though, it highlights the liberal use of hard shiny plastic in the cabin. While the plastic quality itself is pretty good for the class, the lack of soft-touch materials and very little brightwork takes away from the perceived quality. The big attraction here, however, is the flush-sitting 10.25-inch touchscreen, which is slick to use, crystal clear with sharp graphics, and loaded with features, including Hyundai Blue Link connectivity suite. Also nice is the row of physical buttons, so you do not always have to take your eyes off the road. Another neat touch is the part-digital instrument cluster, with the speedo and MID housed in a sharp 7.0-inch central display within the binnacle.

Coming to the seating, the large front seats are supportive and very well cushioned — not overly soft like in its predecessor. At the back, there is a bit more legroom than in the old car and there’s significantly greater width, meaning more space for a third occupant. You sit higher up, so getting in is easier and the view forward is better, and here too, the contours are really well judged. You even get a set of cushions attached to the rear headrests (standard fit on higher variants) for additional comfort. Rear AC vents and window blinds further add to the comfort. 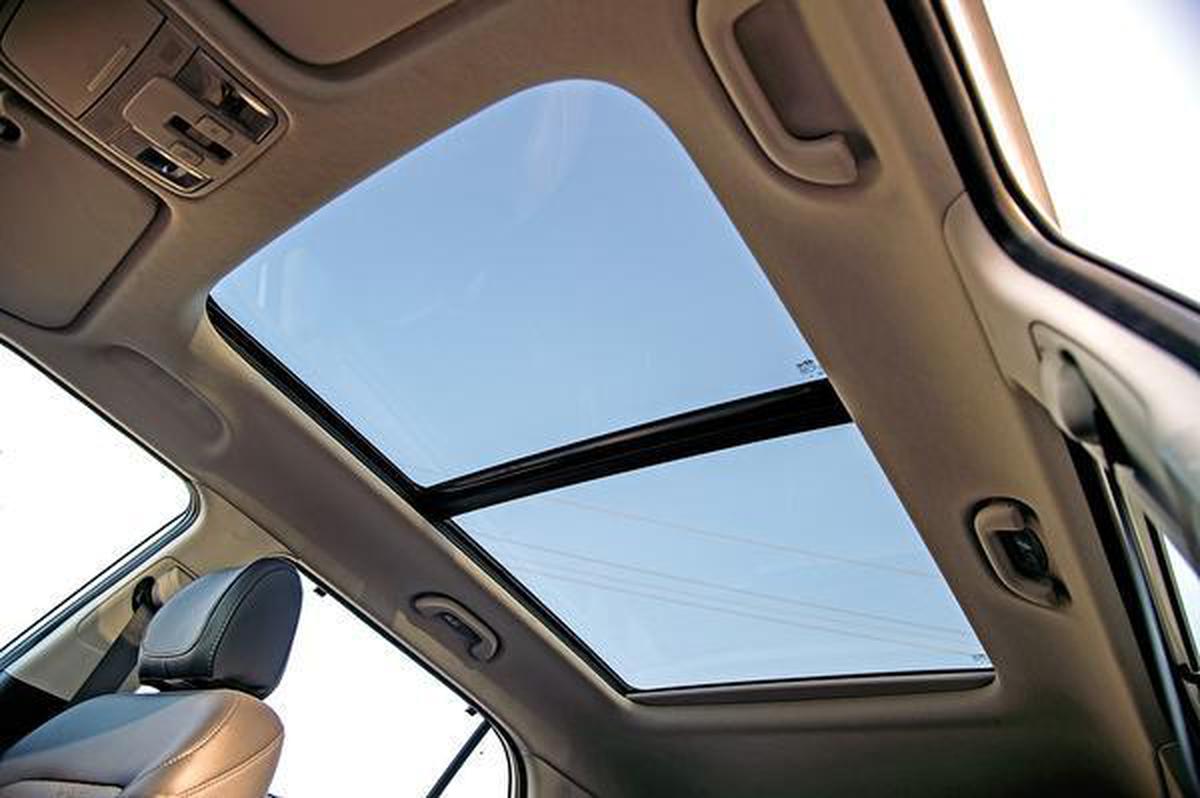 Head room, while quite decent, is eaten into somewhat by the frame of the sunroof, but only the tallest of passengers will find this an issue.

In true Hyundai fashion, the Creta has a lengthy equipment list, including auto headlamps, wireless phone charging, powered driver’s seat, air purifier and a tyre pressure monitor, among others, though what Indian buyers will really love are the ventilated front seats, a tremendous-sounding Bose audio system, electronic parking brake and the full-length panoramic sunroof.

The safety suite on offer is pretty good too, including six airbags, rear parking sensors and a rear-view camera, traction and stability control, and disc brakes at all four corners.

While it is not being positioned as an outright ‘performance’ model, the 140hp/242Nm 1.4 T-GDi engine, the same unit as in the Seltos, imbues the Creta with pretty strong performance. It is a shame there is no manual on offer, but the quick-shifting dual-clutch automatic does this engine justice as well. It is not as smooth as, say a Volkswagen DSG, and there is still a fair bit of jerkiness at slow speeds, but shifts are noticeably smoother in the Creta than in the Seltos (which also uses the same gearbox) and it engages gears in a less abrupt manner.

Surprise the gearbox with a sudden kickdown at low revs, and it fumbles a bit. Like most DCTs, this one too works well at high speeds and high revs. The real game-changers here, however, are the paddleshifters — a first in its class — which really let you take the reins and use the powertrain to the fullest.

The engine is, overall, pretty refined, but it does get a little boomy when you rev hard. In most scenarios, however, you won’t really feel the need to do so, thanks to a peppy low end and a strong mid-range. To enhance driving pleasure, the Creta also has drive modes that alter the engine and gearbox characteristics. In Eco mode, the drive is relaxed, and the gearbox shifts early to give you maximum efficiency, which is good for city driving. In ‘Comfort’, the Creta feels a bit more responsive and energetic, and then in ‘Sport’, it pulls all the way up to the redline, giving you maximum performance.

Moving to a new platform has also improved the Creta’s dynamics. It feels like an altogether larger and more solidly put together vehicle from behind the wheel, although it’s still not quite up there with European cars.

The suspension errs on the softer side, and you move around a bit in your seat, but it is not overly bouncy like the old Creta, and you get superb stability at high speeds. The softer setup also allows it to tackle smaller road imperfections really well.

The overall handling is tuned to make driving as easy as possible. All the controls are light, and the steering too, requires little effort. This is great for low-speed manoeuvrability, but comes at the cost of feedback, which doesn’t encourage mid-corner histrionics. There’s a bit of torque steer, too, when you whack open the throttle.

The Creta’s new look may not work for everyone, but frankly, that is not going to be enough to curb its almost certain future popularity — it bagged 14,000 bookings in just two weeks. Where it won’t have it as easy as its predecessor is in the fact that the competition has stepped up its game too. Apart from its most direct rival, the Seltos, the segment below is catching up, and larger SUVs like MG Hector, are offering some really tempting value for money. But Hyundai has played to its strengths, foregoing things like driving dynamics for greater comfort and an even longer equipment list. They have even given it an aggressive introductory price of ₹9.99 lakh to ₹17.20 lakh, which points to pretty good value. What will clinch it, however, is those class-leading features (such as the cooled seats and panoramic sunroof ) which Indian buyers are willing to pay a premium for. No doubt, it has taken the fight to the Seltos’ doorstep, but Hyundai’s target is to surpass the success of the previous Creta, which it probably will.