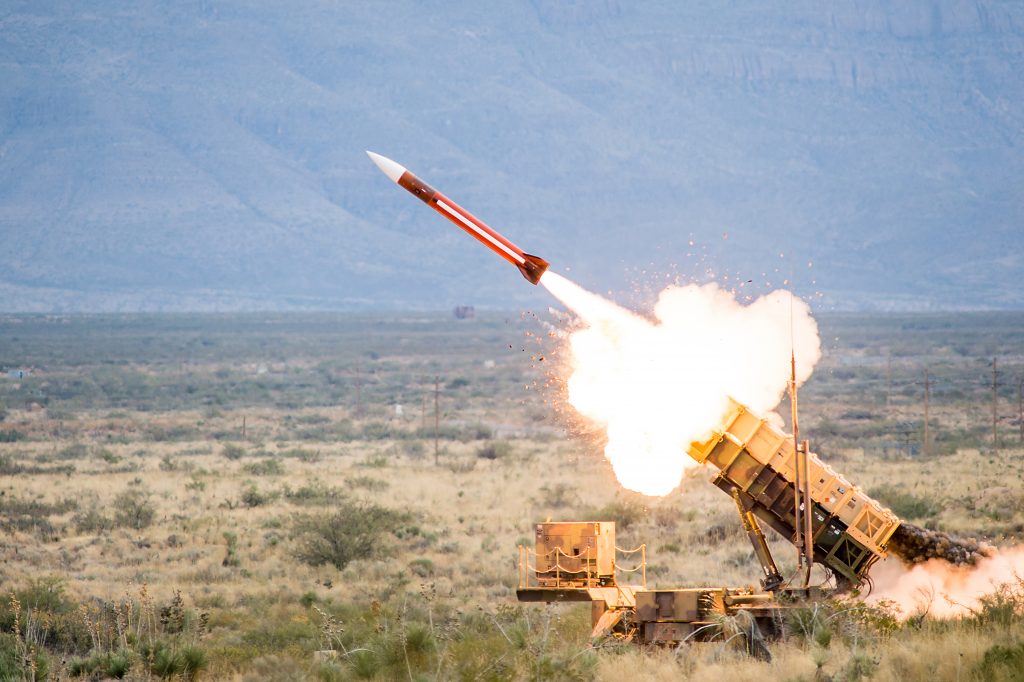 WASHINGTON: Over seven hundred troops, technical experts, and supporting personnel have come together in the New Mexico desert to field-test the Army’s new IBCS command network for missile defense. At the same time, the massive gathering is an equally crucial test for the Army’s defense against COVID-19, which is spiking in the southwest.

After weeks of rehearsals, the director for missile defense modernization, Army Futures Command’s Brig. Gen. Brian Gibson says, “we’re go for starting on the seventh.” That’s tomorrow, seven weeks after the originally scheduled May 15th, which the Army pushed back because of COVID-19. The Army has put in place elaborate precautions against the pandemic, precautions Gibson compared to those the NBA is using as it restarts the basketball season at Disney World. 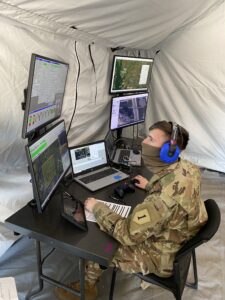 The first principle, Gibson told me in an interview last week, is to reduce the number of people physically present at the sprawling White Sands Missile Range to the absolute minimum required. Many Army and contractor experts monitoring the test can do their job just fine long-distance, as long as they have access to the detailed data being collected on the range. Yes, they may have to go to a secure facility to get that access, since much of the data is classified and can’t be shared over the usual work-from-home systems, but that’s still safer than traveling to White Sands and congregating there with people from all over the country.

But you can’t run a Patriot missile battalion over the internet. Before the Pentagon can approve a program to move from R&D into production – a Milestone C decision, expected for IBCS sometime this fall – you have to conduct a Limited User Test. The whole point of that LUT is to see how the technology performs in realistic field conditions against realistic threats with real troops from a real combat unit operating it, not contractor engineers.

“You’re looking at well over 550 soldiers that are participating from the battalion,” Gibson told me. “You’re looking at another couple hundred people on top of that.”  They can all wear masks, wash their hands, and get their temperatures taken regularly. But they can’t always be socially distant, not (for example) when setting up a radar or crammed into a mobile command post.

As a practical matter, you can’t just quarantine all 700-plus people at White Sands for the entire test, either. The LUT is expected to run into mid-September – weather, technical glitches and administrative problems could extend that. Not everyone needs to be present for every phase, and some of them have other commitments. And the Army is hoping it can bring in at least a handful of high-ranking officials and even media members to observe key portions of the test.

Anyway, keeping hundreds of people together in close proximity is a recipe for contagion even if you could sequester them, because no quarantine is perfect. So the Army is using an elaborate layered defense. First of all, all comings and goings are carefully tracked, with new arrivals passing through health checks. Once cleared, different groups of people are assigned to different sites around the vast White Sands complex. “There’s like eight or nine different locations just on the range, spread out of over a couple of hundred miles,” Gibson told me. Movement from one site to another is carefully monitored, controlled, and kept to a minimum.

The restrictions for each worksite can be custom-tailored to unique conditions and missions. Should someone test positive for COVID, the Army can ramp up restrictions in the local “bubble” within which that particular person works, without disrupting the entire test.

While the precautions against COVID can be onerous, the delay does have a silver lining, because it gave both Army and industry more time to prepare.

In terms of the IBCS technology itself, “we were ready to go on the original schedule and frankly… chomping at the bit, [but] we’re even more ready to go now,” said Ken Todorov, a retired Army one-star general who’s now VP of missile defense for lead contractor Northrop Grumman. “We’ve been out there since March [i.e. at White Sands]. We used the time to our advantage, just to do extra checks on the systems, to continue to work with the soldiers.” 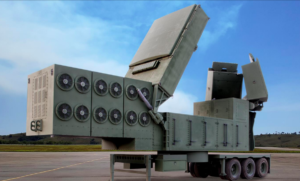 Indeed, one sign of the Army’s commitment to IBCS is that the battalion doing the test is the same one originally scheduled to conduct the LUT in May. That same unit will do the Initial Operational Test & Evaluation (IOTE) next year, Gibson said, as well as field-testing of the new LTAMDS radar, the first Army program being built from the start to work with IBCS. (Patriot and other existing systems across the Army must be retrofitted to be IBCS compatible, which will take years).

As always in the Army, individual troops will come and go from the unit over time, but the service has worked to limit the turnover, especially in the 10-15 percent of the unit holding the most critical technical positions. It’s less of a problem to lose, say, a truck driver at the last minute than a fire control officer who has mastered the IBCS software.

That software should also work much better than the last time the IBCS program tried a Limited User Test, back in 2016, when the system had to be rebooted multiple times a day. Since then, Northrop has switched from classical step-by-step software development – nicknamed the “waterfall” process because it moves irrevocably from one phase to the next – to the more flexible methodology known as “agile.” Agile is a rapid-fire cycle of writing a small chunk of new code, testing it, fixing it, and then updating the fixes, not just repeatedly during R&D but throughout a program’s life to keep it up to date.

Northrop says it delivers upgraded software every three months and conducts “sprints” to add specific features or fixes every three weeks. When necessary, Todorov said, the company can respond “within hours.”

The idea is that frequent feedback from real users – real soldiers, in the case of IBCS – can point out problems and get them fixed long before a high-stakes formal test like the LUT. IBCS has gone through five successful flight tests, most recently in December, when it guided Patriot missiles to intercept a pair of target drones simulating enemy cruise missiles. IBCS even shown it can use targeting data from Air Force F-35 fighters, given the Army network a potential role in a future Joint All-Domain Command & Control system linking all the services.

The other big difference from the troubled 2016 LUT is how the Army is organized. Gibson’s job didn’t even exist back then. The Air & Missile Defense Cross Functional Team he leads was created in 2017, along with seven other CFTs for Army modernization priorities from aircraft to soldier gear. The Army Futures Command that oversees all eight teams stood up in 2018.

Before then, no one organization oversaw all the relevant experts: Army research scientists, weapons testers, procurement officials, the tacticians who write the formal requirements for what each weapon is supposed to do. Chronic coordination problems across the bureaucracy delayed or outright doomed many programs.

The new system is still struggling on some fronts, notably new armored vehicles. But at least all the different factions are represented on the relevant Cross Functional Team. That means that one general, in this case Gibson, has all the expert input required to run a successful test and, in his words, “full authority on behalf of the Army to execute.”

With great authority, of course, comes great responsibility. IBCS must prove itself against both cruise and ballistic missiles, manned aircraft and drones, jets and helicopters. It must pull data from multiple types of radars; sort through jamming, decoys, and deception; swiftly and securely pass the most accurate prediction of each incoming target’s track to the best weapon to intercept it; and advise its human operators nigh-instantly while still giving them the final say over whether or not to fire. It has to connect, not just air and missile defense units, but a wide range of systems from the rest of the Army and other services. And at least the baseline version of IBCS has to be ready to enter Army service in 2022, the same target date as before the pandemic.

“We learn every day and we’re going to continue learning as we go through the LUT,” Gibson told me. “We are planning to insert upgrades of the software, so [there] will likely be an upgraded version of that as we go through the next two years — and if there wasn’t, shame on us… for not trying to achieve capability as quickly as we can.”