Imtiaz Ali: ‘Saroj Khan brought a certain art to the style of dancing in cinema’ 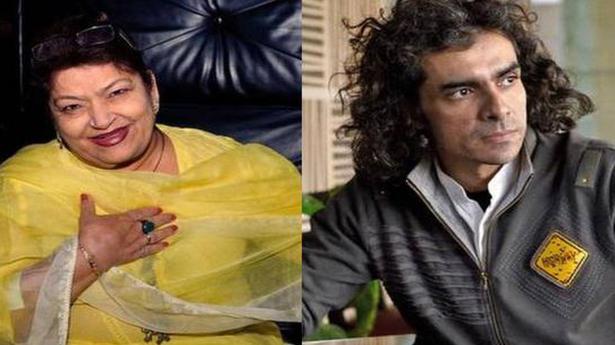 What I remember most is that when the entire shooting of Yeh Ishq Hai got over, then I requested her to do the dance herself for all of us! Because there were around 100 dancers and the unit, and a lot of people in Manali who had just come to see the shoot. So literally there were hundreds of people, and the music played. She danced solo, and that’s a memory I’m always going to have of her: wearing Hawai chappals and doing the dance better than anybody could have imagined doing.

The other thing about her was the professionalism and ease of working. After years and years of dancing and choreographing, she used to say, “My shop has unlimited goods. If you don’t like one dance move, as a director, you have the option of rejecting anything that you don’t like and as much as you want, and I’ll always give you something else.”

I was a newcomer director and she was a respected choreographer, but her sense of kindness was obvious. She stayed back for seven days in Manali before the shooting and was training the folk dancers who had come from remote parts of Himachal Pradesh. Sarojji trained them for seven to 10 days, and that is why there is a certain lustre to the song. They all had to be punctual and there was a guru-shishya kind thing with the dancer and they loved her.

She brought kala (talent); a certain art to the style of dancing in cinema, which was both contemporary and high-class dance. She brought it together. Before that, there were choreographers who were more classical. Sarojji came from a certain discipline, but she brought the contemporary ease of dancing into cinema. She always took what was real and made it interesting for film. That was her contribution and a lot of people now follow that.

It was very easy to work with her as a director. These veterans who have done many films, they bring a certain value and then you understand from them. With people like Saroj Khan, I learnt what working in the industry is. It is an extremely loving and collaborative process, where no matter who you are, you give enough width to the other person to stand and also do his thing. Therefore, I could tell her everything about the narrative and there was nothing she objected to, and she took the course of the narrative into the song. She knew she had to give something special in cinema.

(As told to Kennith Rosario)