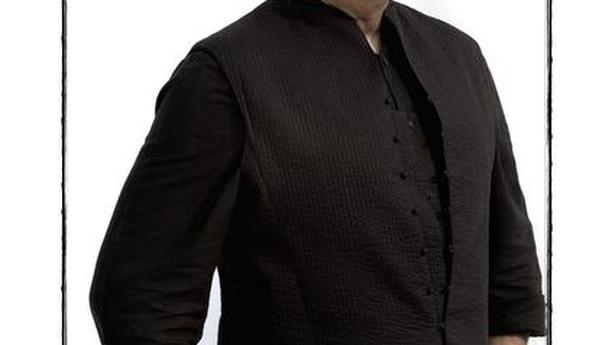 Tarun Tahiliani’s 25th anniversary celebrations will include a book from Mapin later this year, which will document his “journey up to this point and the synthesis”. From demonetisation to Income Tax raids to the rise of other design superstars in India, he has survived it all. More from him:

Over 25 years of swatches, sketches, mannequins and the runway. What stands out from this journey?

I think fashion is also about a deep engagement with the time and tide we live in. I am particularly anxious about trying to keep our Indian-ness because when we are westernised, it is perceived as a higher value, and we have got to change that. We have got to own our Indian-ness. Nothing stands out more than to say you’ve got to just keep swimming upstream with your convictions like the salmon going upstream; might seem suicidal but in a way, there is nothing else you can do.

Do comment on others hijacking your idea of India Modern?

Nobody owns the paisley, nobody owns the maang tikka and nobody owns India Modern. Everyone has their own interpretation for lack of a better terminology, or for the fact that it is such a good term. Everybody is free to define what they think India Modern is. As long as it is done properly it is terrific!

The challenges of attempting a synthesis of different cultures today.

The challenge is there is too much sensory overload and everybody is in some bewildered mix because as we have more urbanisation, single unit homes, single children and both parents working, there is very little time to transmit culture. Popular culture comes over phones, television and the internet and it is anyone’s guess who is watching what. There is also no censorship, which used to be there earlier so people’s minds are often unhinged. In this context, to keep harping on India may sound didactic, but it is what it is.

What went into creating your archive at the atelier?

We started organising it a few years back. We’ve always stored swatches and sketches. It is an impressive body to look at and I can assure you we have lost at least 15% of our very good quality swatches because embroiderers would take them and not return them. Now we do not allow anything out of the factory. It is a great thing for embroiderers or younger designers to look at. Like the brands abroad, if this brand has to survive, a strong archive is a necessity.

Plans for both Jamdani and New Brocade?

We work with wonderful people in West Bengal who are doing [Jamdani]. They are simple designs, so that the motifs that are used in chikankari are used in jamdani. I am dying to see jamdani with chikankari. Also, finally I have that softness and the dullness I like in our brocades. I hope to see them in every possible form. Some of the brocades I have seen people wear at their weddings… OMG, I am shocked to see that people like to wear something that garish!

Mad recession, crazy disquiet on internal dissent and now the [Covid-19] virus. I just have to roll with the punches.