Into the Night: A lockdown gift from Netflix 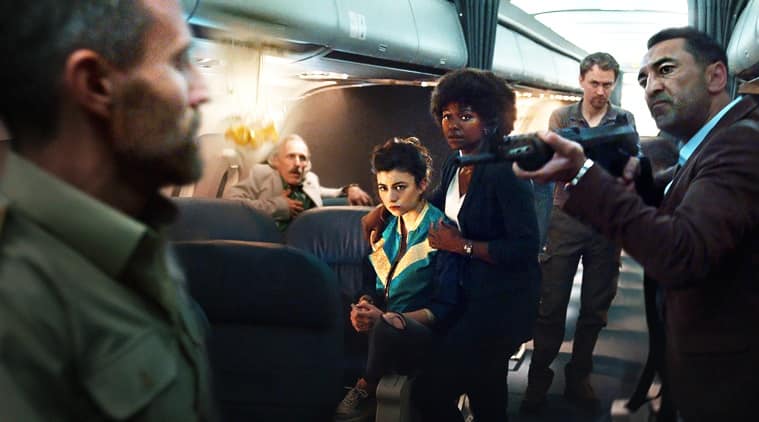 
Into the Night has been developed by Jason George for Netflix.

It is apocalypse time. No, I am not talking about our everyday reality. At least there is still some hope left there. However, the same cannot be said about the grim scenario of Netflix’s first Belgian series Into the Night. The sun in this show works on humans like it works on vampires. Basically, it is the end of the world for them if their skin is exposed to sunlight. Based on Jacek Dukaj’s book The Old Axolotl, Into the Night is a sci-fi thriller show developed by Jason George. It features Jan Bijvoet, Nabil Mallat, Pauline Etienne, Laurent Capelluto, Stefano Cassetti, Astrid Whettnall and Vincent Londez among others.

Ridiculous setting, plenty of loopholes. But, it still works

Yes, it still surprisingly all fits together. Don’t ask me how, because I am no sci-fi expert, neither can I pin-point and tell you yes, this is why it is dumb but also very entertaining. However, I can make a calculated guess, which is this — the performances and the thriller factor hide the gaping loopholes. Loopholes like, ‘wait, how can the sun do that suddenly?’ And even if it does manage to, through some jargon-filled senseless exposition, how can they ever hope to outrun it? Also, if it is all so hopeless, why are we even watching it? Again, I offer you my ‘calculated guess’ for the last question — we are all masochists and we do a good job of hiding it.

On a more serious note, the thrill, the rush of a ‘fight or flight’ situation is unmatchable. And it has almost always made for some ‘paisa-vasool’ moments when translated on screen. So bringing out a show like this in times of a pandemic was a smart move by the streaming giant, one that certainly worked in its favour. In fact, I won’t be surprised if Netflix decides to continue with a second season.

The characters and the actors portraying those characters take a few episodes to grow on you. But once that happens, there is no turning back. Pauline Etienne, who plays the heartbroken but strong Sylvie, is remarkable. Her face is reminiscent of American actor Robin Tunney and so is her body language. Someone else who stands out is Mehmet Kurtulus, who portrays Ayaz Kobanbay. Mehmet as Ayaz is just the right amount of sturdy, badass and mysterious. A still from Into the Night.

Or even misplaced? First, let’s go through the technical aspect of the show. I personally had issues with the dubbing. I made the mistake of watching the show in English for a couple of episodes, hoping things would improve. But it didn’t. Dubbing is a dicey game, sometimes it clicks, sometimes it doesn’t. Here, the mouth was going one way and the dialogues uttered by the characters felt strange and alien. Therefore, due to my experience, I would suggest you to watch the show in its original language — French. Into the Night is streaming on Netflix.

And now to the misplaced part of the series — its feminism. Throughout its relatively short run, the show makes remarks on its female characters which seem a little distasteful. For instance, one not so older woman asking another woman in her late teens (or perhaps early twenties) to talk ‘properly.’ And this when the latter was just being a tad colloquial in the way she was speaking. In another problematic sequence, a character makes a macho, hyper-masculine remark about leading the team, forgetting that it was at the moment being led by a female. The character is reminded of this fact by another male character, and not by the said female herself who was also standing there. She need not have been spoken for. Being the strong character that she is made out to be, she could have taken a stand for herself in the aforementioned situation. But she didn’t. Mistakes like these, thought not many, make for unpleasant viewing. Especially now, when we are so attuned to such issues.

Bottomline: Watch Into the Night for cheap thrills. As they say, ‘Don’t expect too much, and you won’t be disappointed too much.’

The first season of Into the Night consists of six episodes. The series is streaming on Netflix.

Previous articleThe Covid Batch
Next articleFit and fine by Kamal Singh CSCS: Get a grip, guys