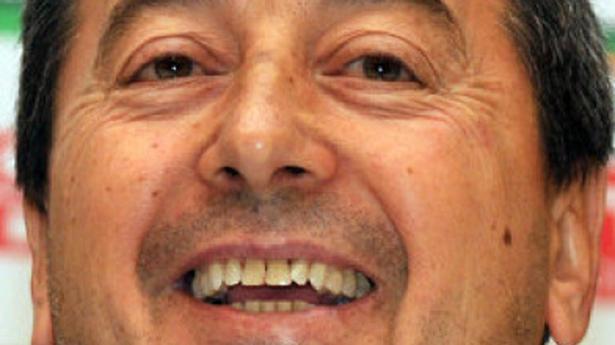 Former India hockey coach Jose Brasa, a Spaniard, is currently restricted to his residence in Liège, Belgium, where he has been coaching. He took time to explain the situation in both countries — especially Spain, which has emerged as the new hotspot for COVID-19. In a detailed response to The Hindu’s Uthra Ganesan, Mr. Brasa also explained the unique challenges in Spain given its complex federal and de-centralised political structure that makes the “Autonomous Communities” or “Autonomies” or specific regions as responsible as the central leadership in dealing with the pandemic.

What is the health and medical situation in Spain right now?

In Spain it is a rather serious situation in those Autonomous Communities where local governments have sold public hospitals to private healthcare, as is the case in Madrid. The Intensive Care Units in hospitals are saturated and they cannot attend to all the patients, the doctors have to do ‘war medicine’ and choose to save the strongest patients, and let those who are very serious die.

In Belgium, the situation is much less serious and the health system in Belgium is sufficient for now.

How safe are the people at the moment? Are you, or anyone you know, directly affected by the COVID-19 pandemic?

I am fine, confined to my apartment in Belgium, and my family in Madrid is without any contagion. have set myself the goal of not leaving the house for 30 days, or longer if I can. On March 20, I went out to buy fruits and vegetables and since then I have not left my apartment for 16 days. I am doing so as a matter of solidarity in order to comply with the spirit of the law — there is no total lockdown in Belgium for now.

I have a nephew who is a doctor in a public hospital in Madrid, working several hours every day without rest, because there are few doctors in the Public Health Service in Madrid. The right-wing governments of the Autonomous Community of Madrid have greatly reduced the health budget and eliminated many doctors in the last 20 years, so the few that remain have a lot of work, and are overwhelmed by the huge numbers of sick people in Madrid.

How is the government handling the situation?

In Madrid and some other Autonomous Communities governed by right-wing political parties, the Governors have not devoted money in recent years and have been reducing the public health budget year after year, and now those suffering from coronavirus are dying due to lack of resources.

What is the situation in your city and locality?

In Liège here [in Belgium], there are few infections and the situation is under control, the hospital emergency rooms are not overcrowded. In Madrid, where my family is, the situation is serious.

How do you manage to stay safe? Is free movement of people allowed or are there restrictions?

The most important thing to stay safe is ‘stay home’. In Spain, the restriction is total, you cannot leave your home, except for workers engaged in maintenance of essential services, including hospitals, pharmacies and food supermarkets. All schools, universities, restaurants, cafeterias, bars, pubs, sports facilities, hockey clubs, gyms — everything is closed. Sportspersons are not allowed to train outside.

In Belgium, the situation is not so serious. All people in activities that do not involve crowds of people can go to work, taking precautionary measures recommended by the government — not to come within 2 metres of another, not to touch each other. Public places are closed but you can go out to train [for sports], individually, and each person has to keep a distance of 5 metres from others. The difference between Belgium and Spain is that here [in Belgium], people respect the rules.

Spain is considered among the more developed countries in Europe with a good social and healthcare system. Why do you think it has been so severely affected?

Because of people’s irresponsibility in not following the rules and because of the bad examples given by some leaders. The dismantling of the Public Health Service has also had a very negative influence.

As someone who knows India very well, what lessons do you think Indians and the Indian government can learn from Spain to minimise deaths and infections?

The safest and most important thing to stop the coronavirus is to lockdown, which is already ordered now in India. Staying indoors is the best way to prevent the coronavirus from spreading rapidly and clogging up hospital emergency rooms. Only by avoiding contagion can the pandemic be prevented. This means washing your hands with soap many times for a minute, not touching others, not touching your face with your hands yourself.

I hope and wish with all my heart that the coronavirus will not spread in India, and that it will not kill many people.