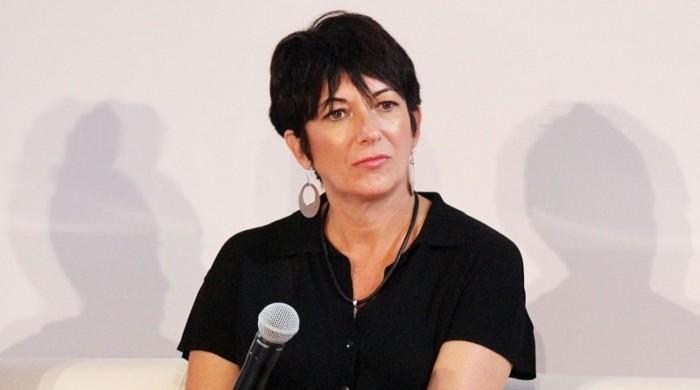 NEW YORK : Ghislaine Maxwell, the former girlfriend of late financier Jeffrey Epstein, was arrested in the US Thursday on charges related to his sex crimes, the FBI said.

She is due to appear in court in that state later in the day.

A spokesperson for the Southern District of New York, which is investigating whether Epstein had any accomplices, said she had been charged “for her role in the sexual exploitation and abuse of multiple minor girls by Jeffrey Epstein.”

Epstein, 66, hanged himself in a New York cell in August last year while awaiting trial on charges of trafficking minors for sex. He had pleaded not guilty.

Several of his accusers have said the 58-year-old Maxwell maintained a network of girls to perform sexual favors for Epstein, a registered sex offender who hobnobbed with the rich and famous.

Maxwell’s whereabouts have been unknown since Epstein’s arrest in July 2019, sparking a tabloid frenzy to try to track her down and rumors about where she might be.

The English socialite is a long-time friend of Prince Andrew and is known to have introduced the British royal to Epstein, with the two becoming friends.

US prosecutors want to speak to the prince about his relationship with Epstein but have accused him of being uncooperative. He denies this.

Andrew, 60, vehemently denies claims he had a sexual encounter with a 17-year-old girl procured by Epstein.

Virginia Giuffre, who alleges she was trafficked to have sex with friends of Epstein, says she had intimacy with the prince at the central London home of Maxwell in 2001.

Queen Elizabeth II’s second son was forced to step back from frontline royal duties after he faced outrage over an interview with the BBC late last year in which he defended his friendship with Epstein.

Epstein was a multi-millionaire hedge fund manager who befriended countless celebrities over the years, including US President Donald Trump.

He denied the charges but was facing up to 45 years in jail if found guilty.

Determined to obtain justice despite his death, dozens of women who say they were abused by Epstein have sued his estate.

In March, Maxwell also launched a suit against his estate seeking compensation for legal fees and security costs incurred by her association with Epstein.

In it, she said she had “had no involvement in or knowledge of Epstein’s alleged misconduct.”

Epstein was convicted in Florida in 2008 of paying young girls for massages but served just 13 months in jail under a secret plea deal struck with the then state prosecutor.

While his death was ruled a suicide, it has also fueled conspiracy theories, mostly speculating he was murdered to stop him from revealing compromising information about wealthy acquaintances.