The case of Vivaha, an early Kannada social-realist play, is curious indeed. It was first published in 1875 by the Basel Mission Tract and Book Depository, Mangalore. By 1914, it was already in its fifth edition. Vivaha (The Wedding) is the first part of a three-part Christian tract called Dampatya Stithi (The Married Life). It was only when H. G. Sridhar, intrigued by the title, The Married Life, managed to obtain a copy from the Oriental and India Office Collections, British Library, London, that the first part, Vivaha, was discovered to be a play; the other two parts are essays. Sridhar wrote an erudite introduction to Vivaha and this edition was published in 1998 by Kannada Sangha, Vivekananda College, Puttur, Karnataka.

The identity of the author is not revealed anywhere in the play, but Sridhar comes to a conclusion through his research that the author of the play could well be Salomo Bhaskar, a Hindu convert to Christianity, who had in 1869 translated the first social-realist Marathi novel, Baba Padmanji’s Yamuna Paryatan into Kannada as Yamunabayiya Sanchara. Sridhar feels that since Yamuna Paryatan is about conversion to Christianity, and Salomo Bhaskar was inspired by the progressive nature of his new religion to write an independent play. Sridhar observes that the play, through its language and depiction of customs, is located in North Karnataka, a region to which Bhaskar belonged.

The first six scenes of Vivaha are devoted to two child marriages and the disastrous consequences they have on the family. Triambaka Rao works in a government office for a meagre salary. His wife, Radhabai, wants to conduct the weddings of their children – ten-year-old son Balu and six-year-old daughter Narasubai. Triambaka Rao wants his children to be educated and wants his son to study further and get a job so that he can supplement the family income. Though he knows that he should get his daughter married before she attains puberty, as was the custom, he wants to wait for some more time so that he can save some money for the wedding. An entire group of people who stand to benefit from such occasions like the astrologer, the priest, and the moneylender support his wife and Triambaka Rao is coerced into giving his assent. He pledges his house and takes a large loan from Chandulal, the Marwari money lender. Most of this money is spent on gold ornaments and so, a number of other articles for the wedding are bought on credit. 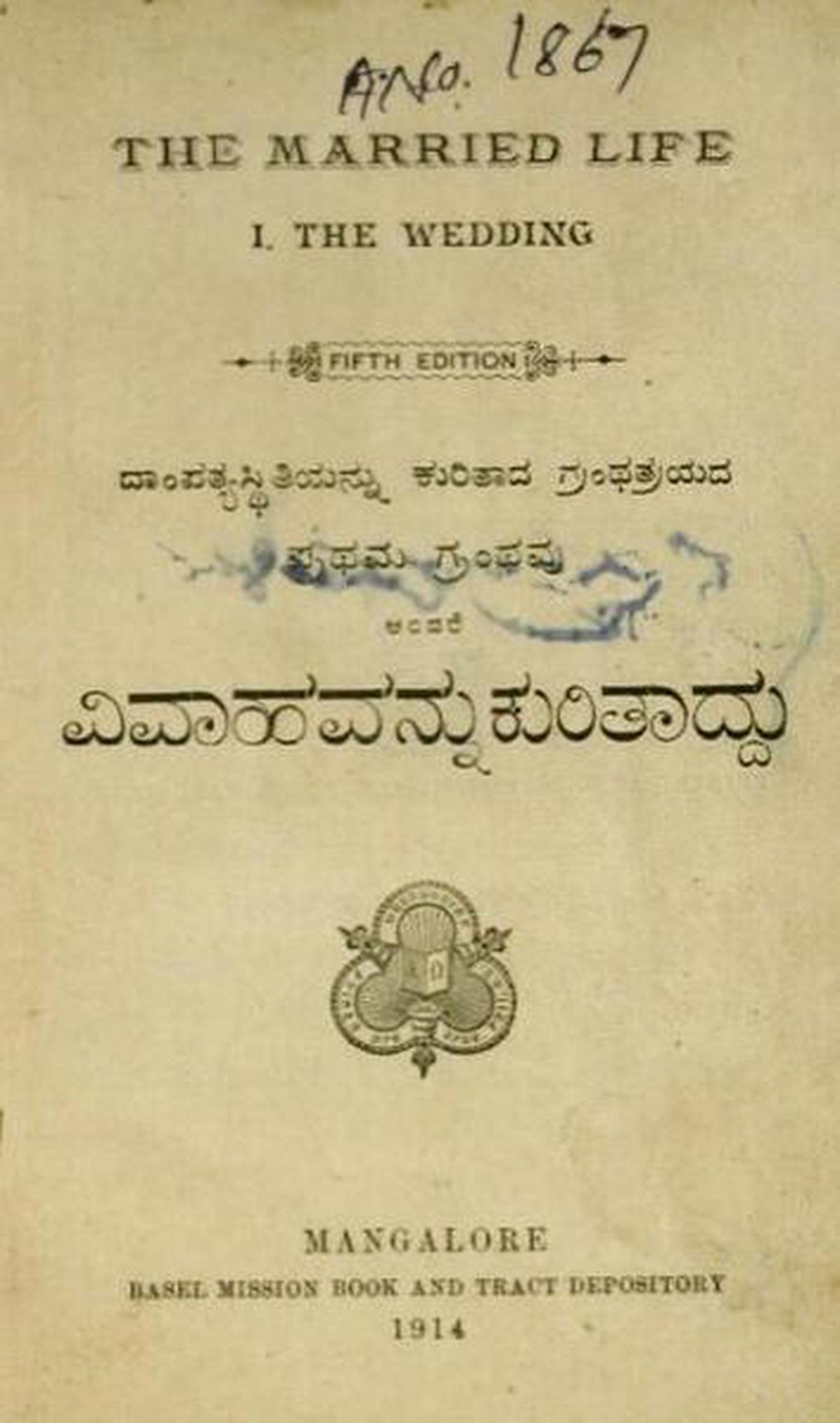 The play starts sedately with preliminary discussions about the wedding and gathers pace with the buying of jewellery, clothes, groceries, and flowers, decorating the wedding pandal, borrowing additional jewels from friends, and hiring of various bands and dancers. With each scene we see pressure being built relentlessly on Triambaka Rao as he sees so much money being spent recklessly. To add to his woes, some vendors increase their rates at the last minute and refuse to offer their services until they are paid. The play reaches its climax in the fifth scene with a grand procession and wedding ceremony.

The next day, it is discovered that a gold necklace borrowed by Radhabai from a neighbour is missing. Triambaka Rao’s daughter loses a gold bracelet and is not allowed into her husband’s house. To pay back the loan and interest, he sells his house. The traders hound him after the wedding. Unable to pay for the many things he bought on credit from them, he declares himself insolvent. As he was spending all his time convincing people to wait for payment, he is unable to attend office and loses his job. By the end of the sixth scene, we find the family living in a small one-room house in utter poverty and misery. The seventh and last scene is where a discussion takes place among Satyarthi, a Christian convert and social-reformer, the priest Krishna Shastri, the astrologer Ramabhatta, and two other well-wishers of Triambaka Rao. Satyarthi comes to know of the reasons for Triambaka Rao’s misery and explains the various misfortunes that follow child marriages and attendant dangers like accidental pregnancy, abortion, infanticide, etc. Satyarthi then gives his perspective and says: “According to the Lord’s will, people should enter into matrimony only when they grow up, are aware of facts, and capable of taking decisions on their own. If we look at animals, the male and the female look for mates only when they become sexually active. Similarly, it is when they grow up should the man and the woman desire mates. This is the behaviour which the Lord has given to human beings and other animals. Therefore, before the boy grows up, he should get an education, gain knowledge and awareness of the world and then enter into matrimony. This is what the Lord wills and is proper for married couples.”

During the long discussion, while Krishna Shastri quotes from Hindu scriptures and gives examples to support the idea that girls can be married even after attaining puberty, Satyarthi’s views form an interesting mix of quotes from the Bible and Hindu scriptures. But Satyarthi’s views come across as scientific and rational whereas Krishna Shastri’s evidence comes forth as just examples. The long discussion in the seventh chapter brings the play to a close with everyone involved is convinced about the ill-effects of child marriage on society and the need to put an end to dowry and flashy weddings. 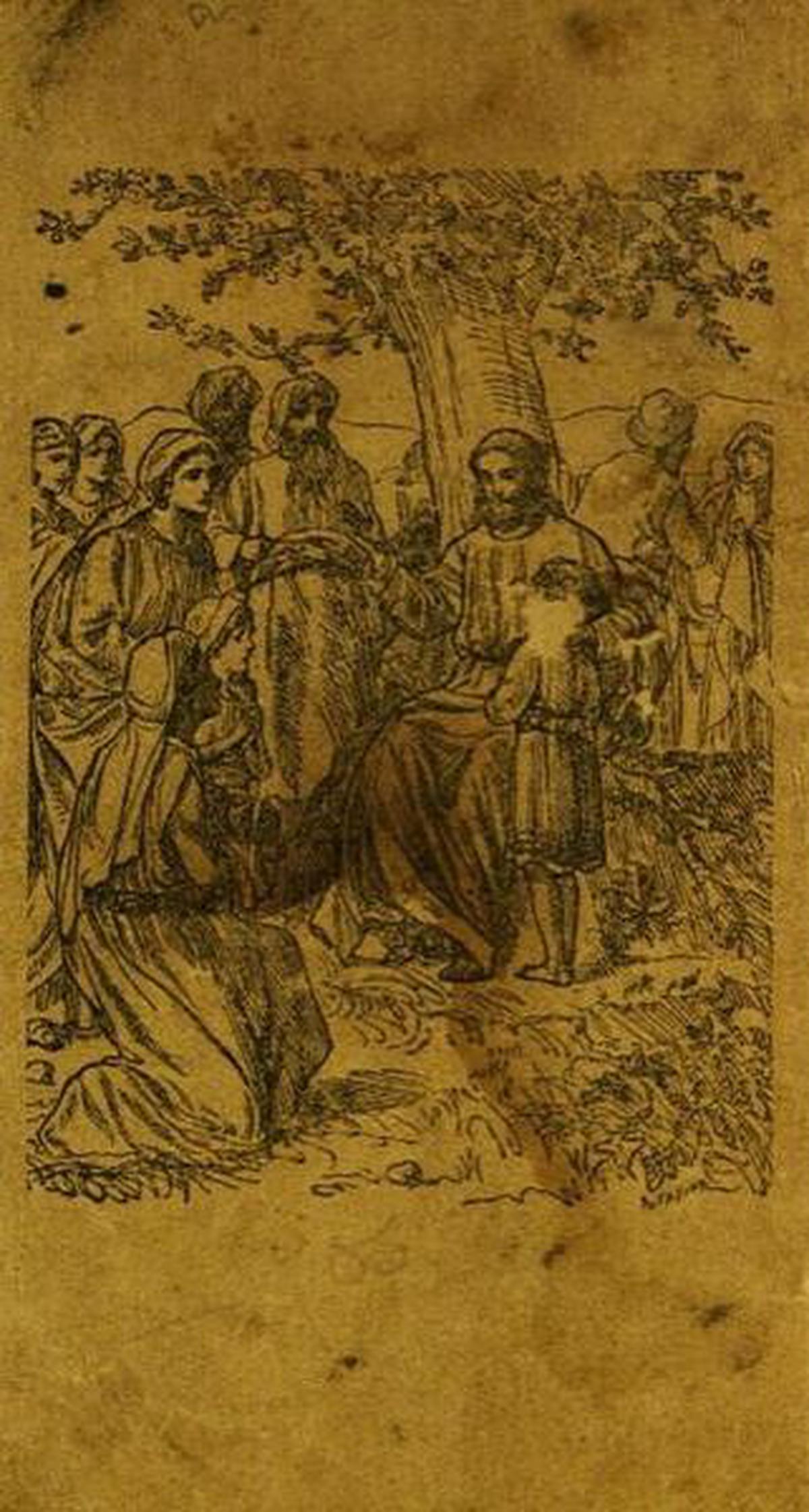 The play is culturally rich with timely proverbs and phrases and descriptions of various wedding-related items and events. The ‘Dharwad Kannada,’ as it is popularly known, spoken by the majority of characters roots the play firmly in the soil of Northern Karnataka bordering Maharashtra. The language is thus naturally suffused with a lot of Marathi and Hindi words like barobar, khare, marji, paranthu, adich, dheedu, pasandhu, nachu, mehanathu, and so on. In what appears like comic relief, the moneylender Chandulal, a Marwari from Rajasthan, speaks in a sort of clipped, broken, mispronounced Kannada mixed with Hindi words – ‘theekh, theekh! kodthaav, nanmaath jara suno,’ ‘naam shirasta parikaara sekada shava rupe thagothhe,’ na tayaardaav, vachan kottamele shul maadtaav?

As with many literary works of the Arunodaya period, this play brings us face-to-face with a society grappling with tradition and the apparatuses of colonial modernity, and in addition here we also see the dilemmas and confusions generated by the advent, establishment, and spread of Christianity.

Vivaha is an important literary work. The author foregrounds the positive values of modern education, adult marriage, rational thinking, simple weddings, and Christianity and says that society can be reformed with new values and new thinking. Vivaha is possibly the earliest social-realist fictional work in Kannada to speak about society and the ongoing social-reform efforts from the perspective of Christian beliefs through its recent followers, and it is a pity that it remained undiscovered all the while during the Arunodaya period.

S. Jayasrinivasa Rao is a literary historian and translator living in Hyderabad. He is a teacher at Aurora’s Technological & Research Institute, Hyderabad. [email protected]