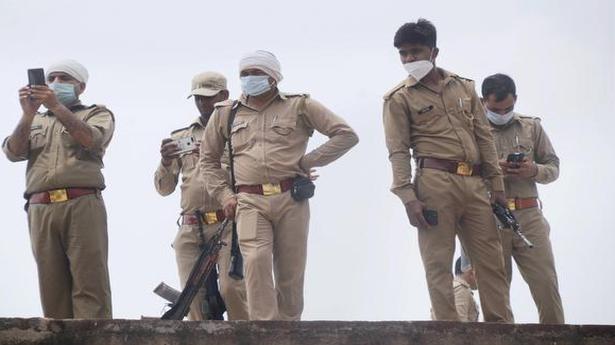 Three police personnel, including two sub-inspectors and a constable, have been suspended on charges of laxity in duty in connection with the death of eight policemen in Kanpur, a senior official said on Monday.

“A preliminary inquiry has been initiated against all three policemen, including sub-inspectors Kunwarpal and Krishna Kumar Sharma and constable Rajeev, all posted at the Chaubeypur Police Station,” Kanpur SSP Dinesh Kumar P said.

They have been suspended for laxity in duty in connection with the death of eight police personnel in Kanpur, a police PRO said.

An FIR would also be lodged against the policemen and they would face further action if their involvement is proved during the course of inquiry, the SSP added.