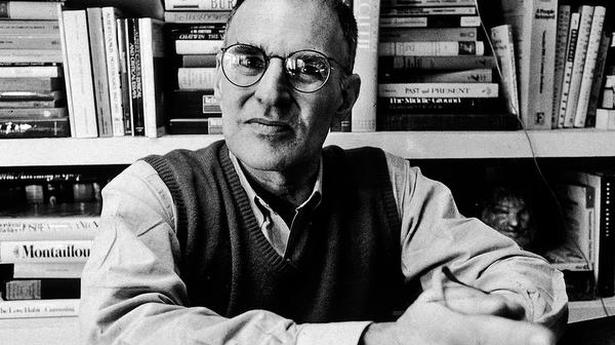 Playwright and pioneering AIDS activist Larry Kramer passed away on May 27. He was 84. His body of work includes the seminal play, The Normal Heart, which opened off-Broadway in 1985 in New York’s Public Theatre, and enjoyed a critically acclaimed Broadway revival in 2011 — in whose stirring finale, names of those lost to the AIDS epidemic were gradually projected onto stark white-washed backdrops till they were completely covered. The play was a largely autobiographical excursion into Kramer’s tempestuous stint with the Gay Men’s Health Crisis, the first-ever AIDS activism organisation, that he co-founded in 1981, when the newly prevalent disease was being appallingly called the ‘gay cancer’.

In 1983, Kramer penned 1,112 and Counting, one of the first essays on the emerging crisis; the number referring to the burgeoning death toll. It was an angst-fuelled but clear-headed call to arms at a time the gay community was in the throes of its greatest-ever turmoil — yet the federal response to it was blatantly muted, because only gay men appeared to be affected. In the essay, he wrote, “If this article doesn’t rouse you to anger, fury, rage, and action, gay men may have no future on this earth. Our continued existence depends on just how angry you can get.”

The 2014 HBO film adaptation of The Normal Heart, directed by Ryan Murphy, can be watched online in India on the Disney+ Hotstar streaming platform. An exceptional Mark Ruffalo plays Ned Weeks, the incendiary alter-ego for Kramer, who wrote the screenplay. Julia Roberts, Taylor Kitsch, Jim Parsons and Matt Bomer step into characters modelled on real-life figures. It’s stunning how events from the 1980s acquire a remarkable prescience given the humanitarian disaster the world is currently engulfed in. From epidemiological terms like ‘herd immunity’, or ‘single source’ (that sought to ‘other’ infected gay men, in this case), to the ‘bereavement overload’ experienced by a generation, to the egregiously apathetic government that took too long to wake up to the ticking bomb. Ruffalo’s Ned is an impassioned if brash crusader, unpopular within the happy-go-lucky gay scene because of his constant calls to self-introspection and course correction — an ultra-activism now vindicated by history. The slow ebbing of his lover, Felix (Bomer), from bronzed specimen to a decrepit body riddled with lesions, exemplified the tragedy of those times in heart-rending fashion.

The gay rights movement in India took off on the back of similar AIDS prevention outreach efforts within one of the country’s most deeply cloistered communities. Early trailblazers like the Naz Foundation or the Humsafar Trust stood on the shoulders of brazen international activists like Kramer, who might not have been known much in India outside academic circles, but whose combative ways had a deep impact on the way Indian queer activism organised itself, albeit on a turf of contentions and contradictions that Kramer knew only too well. In a 1998 feature, the New York-based POZ magazine dubbed Ashok Row Kavi the Larry Kramer of India. The publication was, perhaps glibly, making a link between their similarly pugnacious if polarising personas. Kavi’s first exposure to ‘militant gay culture’ was at the 1989 International AIDS Conference in Montreal. It was a ground-breaking event where Kramer (with his advocacy outfit, ACT UP) was in his element as part of a ‘ragtag group of 300 protesters’, while also mending bridges with Anthony Fauci, the state spokesperson on AIDS he had earlier called an ‘incompetent idiot’ owing to the government’s delayed response to the AIDS epidemic. Fauci, of course, is now the rational face of the United States’ ongoing Covid-19 response. “We loved each other,” said Fauci, in a tribute to his great adversary and friend.

In an interview with the New York Times’ John Leland earlier this year, Kramer said he was writing a new play ‘for the age of COVID-19’, irresistibly titled An Army of Lovers Must Not Die. He explained it was about gay people living through three plagues — namely, HIV/AIDS, the current pandemic and the decline of the human body. Early into the lockdown, gay culture icon and four-time Tony Award-winning playwright, Terence McNally, a close friend and neighbor of Kramer, died of coronavirus complications. In that final interview, Kramer spoke of how the AIDS and COVID eras appeared to have merged into each other, calling to mind the line from his opus The American People, Volume One — “Show me a plague and I’ll show you the world!” HIV positive but thriving since 1988, Kramer finally succumbed to pneumonia, but his outspoken legacy remains resolutely set in stone.