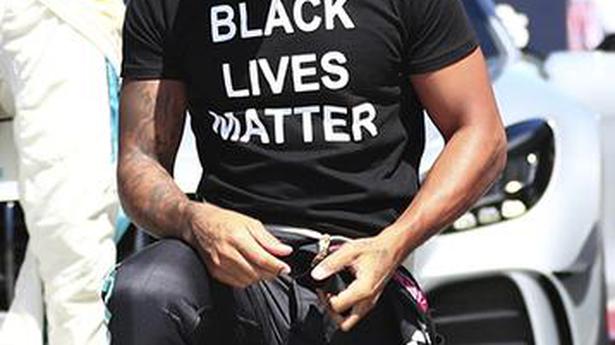 Lewis Hamilton has called on Formula One and his fellow drivers to stay focused on the sport’s anti-racism stance, and present a less chaotic image before next Sunday’s Hungarian Grand Prix.

The six-time World champion said, after winning Sunday’s Styrian GP, that a number of drivers wanted to stop the pre-race anti-racism gestures, and that he felt some teams were not doing enough to show solidarity with the movement.

“The drivers spoke after the drivers’ briefing this weekend about what we intended to do and some were asking ‘why do we have to continue to do this?’’’, he said. “Some felt like once was enough last week.

“I just had to encourage them that racism is here, going to be here and probably be here longer than our time here — and people of colour, who are subject to racism, don’t have time to take a moment to protest and that be it.

“We’ve really got to think, as a sport, what we can do because those are nice signs, but passion is needed.”

Despite Hamilton’s efforts, at least four drivers remained standing while others took a knee and several appeared to be absent when they appeared together at the front of the grid before Sunday’s race.

“F1 has come forward and said they are supporting End Racism and it is amazing to see Mercedes is also doing that, but no other team has done a single thing,” said Hamilton. “The Red Bull mechanics have taken a knee, but if you look at Ferrari, they have thousands of people working for them, but I have heard no word of Ferrari saying that they hold themselves accountable and what they are going to do in the future.”

Formula One got back on track in changed circumstances but familiar fashion at the season-opening Austrian Grand Prix on Friday, with Mercedes and...
Read more