Home WOLRD Middle East Life after COVID-19: How patients in the UAE are coping 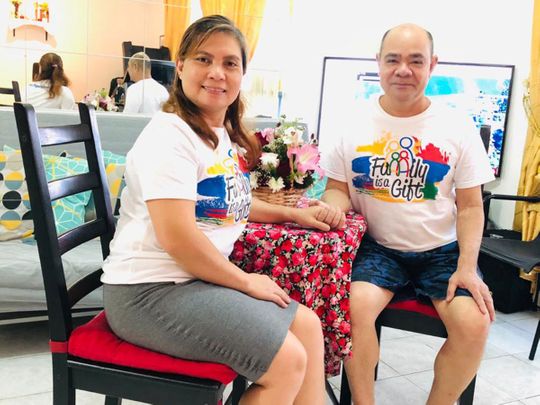 Dubai: Indian expat Nizar Mohammed Farook, 42, working as a transport supervisor for Al Zahra Hospital, Sharjah, says he has been gifted with a new lease of life. As a COVID-19 victim who was on the ventilator for several days, that is a loaded statement. “It is a miracle I am alive. That feeling of not being able to breathe was the worst thing,” he says.

Farook, who hails from Kumbokanam in the Indian state of Tamil Nadu, recalls how upon the day he was discharged from the hospital, he was such a nervous man. “My legs were trembling. In the hospital, there is constant interaction with doctors and nurses. You feel safe somehow. At home, on the other hand, you feel all alone and that can be scary sometimes.”

Farook said his roommates helped him get back on his feet. “I lost 20 kilos . When I was admitted, I was 78 kg and on discharge day, I weighed just 58kg. Now I am 62. This is thanks to my roommates who are cooking for me and making sure I recover fast and fully.”

Farook, who joins duty on Saturday, July 4, says, “I can’t wait to get back to work.”

Handyman hopes hellish experience is over

Nepali expat Gopi Rana, 36, from Pokhra, Nepal, almost died from COVID-19, but is now getting his life back. “I have recovered, but I am still weak and will not be able to get back to work soon,” he says.

The Nepali expat, who worked as a handyman fixing carpets in homes, was hospitalised for nearly two months. His case was severe and he went on the ventilator for nearly a month.

Dr Nawal Ibraheem, Consultant Internal Medicine and Endicrinology at Al Zahra Hospital in Sharjah, who treated him says: “We thought he might not make it. It is a miracle he is alive. Thanks to constant research by doctors and medical professionals in the UAE and around the world, we are able to treat some difficult cases as well. Rana was one of them.”

Dr Ibraheem said post ICU, Rana had to be constantly monitored. “He became delirious and disoriented. He did not know where he was. It is a known fact that people with prolonged stay in the ICU develop mental issues. Rana required constant monitoring.”

Now on the road to recovery, Rana says he has registered his name with his embassy and will leave on the first repatriation flight home. “I hope that happens soon,” he adds.

When Pakistani expat Rahmat Gul, 49, was discharged after two months in the intensive care COVID-19 ward of Prime Hospital, Dubai, he went home on a wheel chair.

Recounting his story, Gul says: “I have been healthy all my life in the 25 years I have lived in the UAE. This was the first time I fell so ill and had such a close brush with death. I have never so felt so weak and vulnerable in my life as I have throughout my stay in hospital and the one month I have spent in recovery at home.”

Gul, who hails from Peshawar, was in intensive care for nearly 45 days, of which 17 were spent on the ventilator. “I was completely disoriented throughout my stay in hospital. I hadn’t eaten for 45 days orally, only fed through tubes by the hospital staff. I had completely lost the sense of smell or taste.”

The journey back to health has not been easy for Gul who says after being discharged he remained weak and incapable of standing up on his own. Gul’s sense of taste and smell is still not entirely restored. “Earlier, I could not tolerate spicy food. Now my taste buds are still numb but I can feel a tinge of the flavours on my tongue.”

More than the physical transformation, Gul feels there has been a tremendous emotional shift. “I realised that in the 25 years I have lived and worked as a mechanic in Dubai, I have only spent 25 months with my family, if one were to count the one month annual vacations I spent with them. I have resigned from my job and will soon be returning home to my family. I am not feeling completely fit, but with the love and support of my loved ones, I am sure I will be able to eke out a livelihood there,” he says.

Gul is waiting for his company to provide him a ticket back home.

This couple struggled with their daily chores

Marryline Pabiano, a 49-year-old Filipino homemaker, has battled COVID-19 along with her husband. Having been discharged from hospital on May 20 and May 21, both are now grateful survivors.

“At the height of my illness, I had severe difficulty breathing, and there was a day when I kept vomiting. I was also connected to an intravenous drip,” Pabiano remembers.

The illness subsided, but Pabiano says it took her a month or so to feel herself again.

“At the hospital, after the worst of my symptoms had disappeared, I was unable to taste or smell anything. I had no appetite, and it was difficult to even drink water. And I needed oxygen to breathe,” she recalls.

“It was very hard to do any of the housework, like dishwashing or laundry,” she says.

“So I did the breathing exercises that were prescribed, and took Vitamin C regularly. We also added a lot more fruits and vegetables to our meals,” Pabiano added.

“We are now fully recovered, but it has been a journey for us all, especially as my daughter and granddaughter were also infected,” she said.