‘Listen to Her’ review: The several faces of domestic abuse 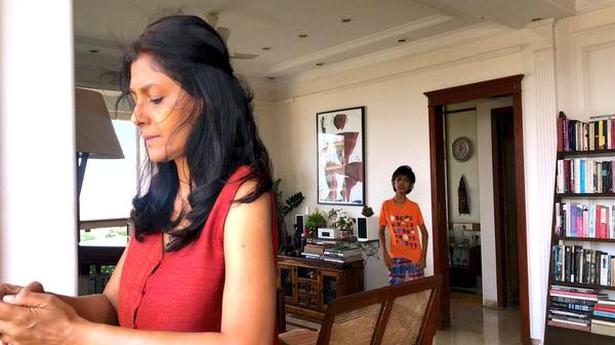 ‘Shadow pandemic’ is a term often used for the rise in domestic abuse cases world over, as women and children are forced to stay indoors along with abusive husbands and fathers, in the ongoing lockdown. This pandemic, growing in the dark, away from the spotlight of coronavirus, is often lost in numbers, helplines and statistics. Filmmaker and actor Nandita Das has given a face to this shadow pandemic by making a short film, Listen to Her, in the confines of her home, illustrating the case of one such woman, who is facing violence.

The film, supported by various UN agencies like the UNESCO, UNFPA, UNICEF, UN Women and the South Asia Foundation (Madanjeet Singh Foundation), opens with a working mother, played by Das, who is juggling an office meeting on a video call with her colleagues, taking care of her son and fulfilling the demands of her husband. In this already tense atmosphere, where her attention is divided, she gets a call from a woman who is being abused by her husband. The short film, in a matter of minutes, chronicles the inner turmoil of Das, bringing out the various layers in which women, who are confined at home during the lockdown, are dealing with patriarchy, mental and physical violence, and gender roles of parenting. Whether it is making coffee for a lazy husband in a privileged household or dealing with domestic violence, the film drives home a pertinent point.

Made with limited resources and cloistered in an apartment, Das sticks to the basics of storytelling, in both visuals and narrative, and cleverly portrays violence, solely through audio. In the ordinariness (and banality) of the circumstances, Das’ short film finds its universality. The purpose of the film, which ultimately links you to a helpline, is to spread awareness and bolster women to speak up about issues, ranging from violence to everyday sexism. As we follow the situations of the two women, who come from two distinct socio-economic backgrounds, the film successfully highlights the fact that sexism and patriarchy know no class confines.

Previous article‘Betaal’ review: These undead shouldn’t have come to life
Next articleExtend work-from-home facility for young mothers: IT forum to Centre