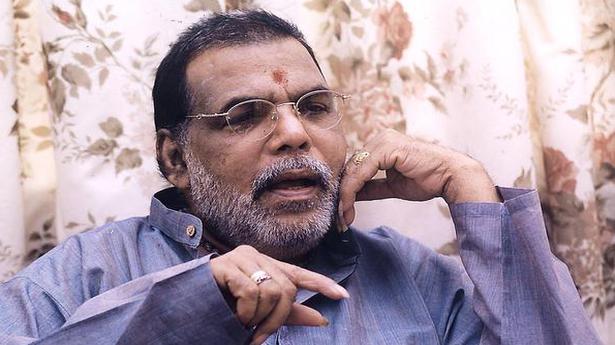 Geographical distance is no challenge in this era of technological advances. Actors, singers, directors and composers shared their memories of Malaysia Vasudevan, who had that unique resonant voice, which produced hundreds of hits. The occasion was Vasudevan’s 75th birth anniversary and an online tribute was organised by his son, Yugendran, who is stationed in Auckland, New Zealand.

Maestro Ilaiyaraja, under whose baton, Malaysia Vasudevan sang the most number of songs, recalled the numerous recording sessions the two of them had. “A good singer, he was a loveable friend to,” he said.

Director Bharathiraja highlighted Vasudevan’s Tamil diction and clear pronunciation. “Before I became a director he took me to a producer and introduced me to him as a good story writer. The producer wanted a thriller and I finished a script in three days. That was Sigappu Rojakkal. He sang many songs for my films of which I would mention ‘Poongatru Thirumbuma…’ Ilaiyaraja and Vasudevan gave many hits. We often went out and when I didn’t have the money, he would spend for both of us. When I got my first film, 16 Vayathinile, we decided to record the songs first. SPB was supposed to sing the two songs — ‘Sevvanthi Poomudicha Chinnaka’ and ‘Attukutti Mutaittu’ —but he was not well. On Ilaiyaraja’s recommendation, Vasudevan was roped in and he never looked back. I cannot forget the role he played in Oru Kaithiyin Dairy.

“All the songs he sang for me were super duper hits,” said Rajinikanth and went on to mention “Pothuvaga En Manasu Thangam,” ‘Oru Thanga Rathathil’ and ‘Pokkirikku Pokiriraja.’ When he was in his last days (I had no idea at that time) he wanted to meet me.

We met in my house. To my query, ‘What can I do for you?’ his reply was that he just wanted to see me. When I pressed on he said, ‘I’m counting my days. Wanted to see my best friends and you are one of them.’ I couldn’t control my tears. He took leave and in a few days passed away. Only a few can feel their end approaching. He was one of them. I know his son Yugendran and his family well. I’m sure they all have their father’s blessings.”

“His 75th birthday would have been celebrated in a grand manner had Malaysia Vasudevan been among us today,” observed Kamal Hassan, for whom Vasudevan had sung many hit songs. 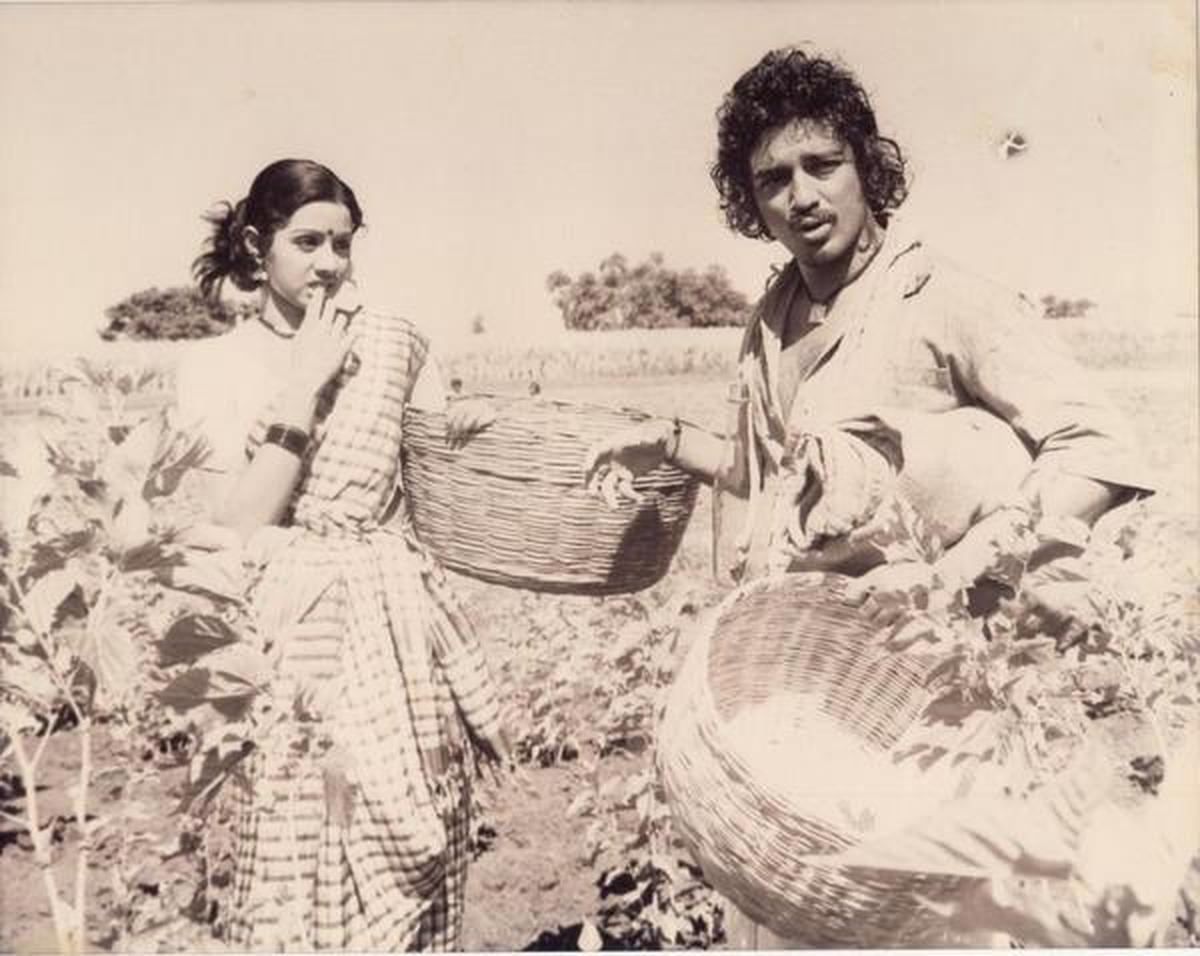 A simple man, his speciality was he could sing in different voices, like TMS, SPB and so on. “He lives on in his music,” said Kamal.

“Our connection goes back many years, so I’m certainly the right person to talk about him,” said actor Sivakumar, who traced Malaysia Vasudevan’s early days, his Kerala origin, the parents’ migration to Malaysia for work and then Vasudevan’s return to Chennai to explore his prospects as a singer. He would sing like ‘Chidambaram’ Jayaraman in light music troupes and it was music director V. Kumar, who found his unique talent and offered him a song in Delhi to Madras, a film produced by Sivakumar’s uncle Rathnam. MSV gave him a chance to sing in the film, Bharata Vilas (for Major Sundarrajan in the song, ‘Inthiyanadu En Vedu’). “Vasu sang the song, ‘Kalam Seiyum Vilaiyattu,’ in Gumasthavin Magal, in which I acted with Kannada actor Aarthi. It was A.P. Nagarajan, who called him ‘Malaysia’ Vasudevan,” informed Sivakumar. “In 30 years, he has sung some 8,000 songs, folk being his speciality. He was the music director for Samandipoo, in which Shobha acted with me. He has acted in 85 films with all the top heroes. His son Yugendran is also a fine singer and actor. He produced and directed Naan Sirithal Deepavali, in which I was the hero,” he concluded.

Calling Vasudevan his dear friend, Sathyaraj recalled the days of Mudhal Vasantham in which Vasudevan was Vettaikkara Gounder and himself Kungumapottu Gounder. “How can one forget, ‘Ennamma Kannu…’ punch line of Mr. Bharath, which Vaali used as the opening phrase of the super hit song, tuned by Ilaiyaraja,” asked Sathyaraj, who said Vasudevan was always with him in the form of his songs.

“My father was a great inspiration for Malaysia Vasudevan,” revealed Radha Ravi, who underlined many of his talents. “I want Yugendran, also a singer-actor, to preserve his father’s legacy,” he said.

“That hit song, ‘Koil Mani Osai’ was rendered by him in my debut film, Kizhakke Pogum Rail,” reminded Radhika Sarath Kumar, whose favourite, however, is ‘Poongatru thirumbuma…’ Radhika said she shared screen space with him in many films, including Uzhavan Magan

Malaysia Vasudevan lent his voice for many of the commercials, produced by S.V. Ramanan. “I was there at some of the happy moments of his life. He took my blessings when he got married and when Yugendran was born. When he bought a new car, he took me on a pleasant drive. When his son Yugendran wanted to enter tinsel world, he wanted it to happen through my film. I was directing the teleserial “Savithri” at that time and gave Yugendran a role. Vasudevan was simple man with great talent,” said Ramanan.

A.R. Rahman said he owed it to Malaysia Vasudevan. “I entered the field as a keyboard player and ‘Malaysia’ Vasudevan recommended my name to CBS, a music company. That changed my life and I started to compose and make music. I made my music album, “Disco Disco” there. The kind face of Malaysia Vasudevan is etched in my mind, where it will stay forever,” he said.

“He began by singing for new heroes and rose to sing for the thespian Sivaji Ganesan,” observed Vidhya Sagar, who had assisted Vasudevan, when he composed music for films. “I cannot forget his warmth and kindness,” he said.

Calling Vasudevan a versatile singer, Yuvan Shankar Raja said that his favourite was ‘Allithantha bhoomi annai allava…’ “He could sing any type of song — both soft melody and fast paced songs like ‘Aasai 100 Vagai, Vazhvil 100 Suvai.’ I miss him very much,” he said.

S.P. Balasubramaniam recalled how Malaysia Vasudevan joined his troupe as a singer. He was introduced by Ilaiyaraja, whose Pavalar Brothers was also part of this group. Vasudevan sang songs rendered by Chidambaram Jayaraman and Tiruchi Loganathaan. This association endured for 10 years. “He was different — in looks and thinking. Well-built, he had a heart of a child. When he passed away I was not in the country and couldn’t pay my respects, something I regret till today. I always thought he did not get the due recognition for his immense talent. He was a good singer, a fine actor and a fine human being,” said SPB.

S.P. Sailaja sang ‘Aayiram Malargalae…’ as her tribute. K.S. Chitra rendered a few lines of ‘Malaiyoram mayilae…’ Mano remembered all those concert tours they made together, for 20 years. Shrinivas, who was a college student when Vasudevan made his entry, was floored by the throw of his voice in ‘Muthu Mutha’ and ‘Agaya Gangai.’ “I would call him Kishore Kumar of Tamil cinema,” he said. Sujatha’s first duet was with Vasudevan. Unni Menon only could associate the words, gambeeram and karunyam with Vasudevan’s voice.

“He was humble and it showed in his speech and manners,” said K.J. Yesudas. “I have sung songs in both Malayalam and Tamil with him. He stands tall in the music field,” he added.

Gangai Amaren married his sweetheart, thanks to Malaysia Vasudevan and SPB. “He occupied an important place in my life. There are certain songs, which nobody can sing. A good actor and wonderful singer, he was a great friend,” said Amaren.

Previous articleWhat is heart failure and can it be cured?
Next articleEU-UK trade talks break up early over ‘serious’ disagreements