Joykumar of NPP had reportedly termed the CM’s assurance of food security during the lockdown as ‘hogwash’. (Photo: Twitter/ N Biren Singh)

Manipur Deputy Chief Minister Y Joykumar Singh was Thursday stripped of all portfolios, following a controversy over rice allocation under the National Food Security Act (NFSA) during the coronavirus lockdown.

The development comes soon after Government spokesperson and Lamsang MLA, S Rajen, challenged the four ministers of ally National People’s Party (NPP) to resign if they were not satisfied with the leadership of Chief Minister N Biren Singh.

Joykumar of NPP had reportedly termed the CM’s assurance of food security during the lockdown as ‘hogwash’, saying rice allocation for his constituency was not enough to distribute to people.

Reacting to this, the Government spokesperson lashed out at the NPP minister, terming his statement “irresponsible” and saying that “It has crossed the limit for BJP”.

Rajen had also strongly reacted to a similar statement recently made by another NPP minister, L Jayantakumar Singh.
Biren Singh has taken over the charge of portfolios held by Joykumar. An order to this effect was issued by the Government secretariat late in the evening.

In addition to his existing portfolios, the CM will take the charge of Municipal Administration, Housing & Urban Development, Forest, Environment and Climate Change, Science and Technology and Economic and Statistics, earlier held by Joykumar.

Joykumar was earlier stripped of key portfolios in June last year too, after a financial crisis gripped the state. The state ran into an overdraft of Rs 247.48 crore. The portfolios of another BJP minister were also taken away, but later restored.

NPP is one of the major allies of the Biren Singh government, after Naga People’s Front (NPF). The political atmosphere within the coalition government has been uneasy, as the much anticipated mid-term reshuffle assured by the Chief Minister never materialised. 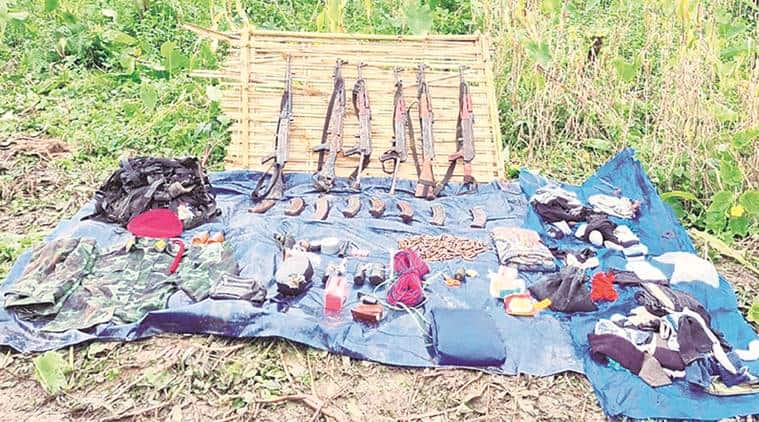 ‘Ceasefire goodwill stamped to ground’: NSCN-IM after 6 members killed in...