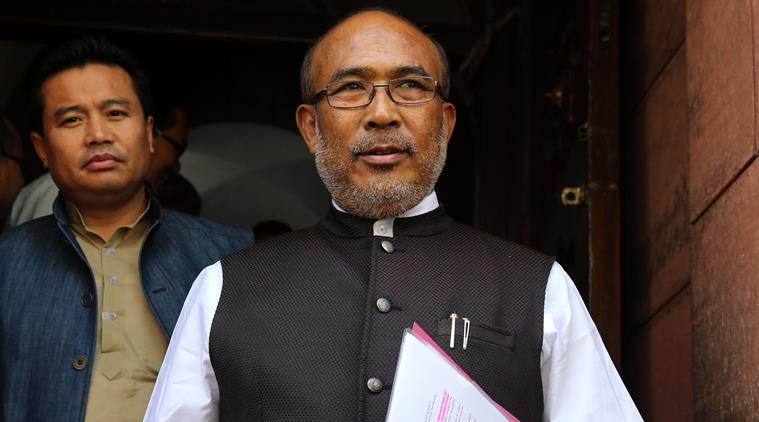 Public criticism of the government’s handling of the COVID-19 outbreak has landed several persons in trouble with the law in Manipur.

Official records show that police have invoked sections of the Disaster Management Act and Indian Penal Code to press charges against them.

In Imphal West alone, there are more than 10 cases, including three relating to sedition.

One of those booked under the DMA in the first week of April was Yumnam Devjit, allegedly for a voice message in which he urged people not to obey the Prime Minister’s for lights-out at homes.

K Meghachandra, Imphal West Superintendent of Police, told The Indian Express that the case against Devjit was “for spreading false information”.

“His post can create panic. He was charged with section 41/48 among others of the DMA,” he said.

“We have no problem with criticism but if the comments and opinion have the potential to incite communal hatred or mislead the masses, that obviously is not a good sign. We are very selective while dealing with such cases. The police department does not pick people randomly. We don’t just book anyone without proper reason,” Meghachandra.

In Imphal West, the SP said, there are over 10 cases under the DMA and at least three cases have sections of sedition.

In Imphal, two activists of the Youth’s Forum for Protection of Human Rights — Takhenchangbam Shadishkanta and Khangjrakpam Phajaton — were charged under sections of the DMA and section 120(B) of the IPC after the organisation issued a press note, questioning the location of a proposed quarantine facility by the Manipur government.

The organisation said that it would affect tenant farmers and suggested a disused airfield as an alternate location. The two activists were released on bonds later.

Jotin Meitei Wakambam, a 27-year-old private school teacher, and five others were arrested and booked for sedition among other charges after Wakambam, in a Facebook post, said he could not remember the name of his local MLA. They were released on bail after two days by the Chief Judicial Magistrate of Imphal East who said that the charges were not relevant to the Facebook post by Wakambam.

At least two other persons were questioned for Facebook posts on the government’s handling of the Covid situation. Both said they apologised and deleted their posts.

What has coincided with the police crackdown on those criticising the government is a sedition case filed this month against a JNU research scholar Mohammad Chingiz Khan and Gauhati University assistant professor Mohammad Imtiyaj Khan after a translation of an opinion article on Manipuri Muslims that they had written a year ago was published in a local newspaper.

“Chingis Khan was booked for sedition for his article which appeared in a local vernacular. His article. is very inflammatory. It has the potential to incite communal disharmony between communities. The article was published at a time when there was a controversy over the Tablighi Jamaat congregation in New Delhi,” Meghachandra said.

These arrests add to a long list of previous such instances in Manipur.

In April last year, Kishorchandra Wangkhem (39), walked free after being detained for four-and-a-half months under the National Security Act (NSA) for alleged derogatory comments against the state government in the state and the Chief Minister.

Last December, a woman, who used to upload videos with political comments on her Facebook blog page, was also arrested for posting comments against the state government and the CM.