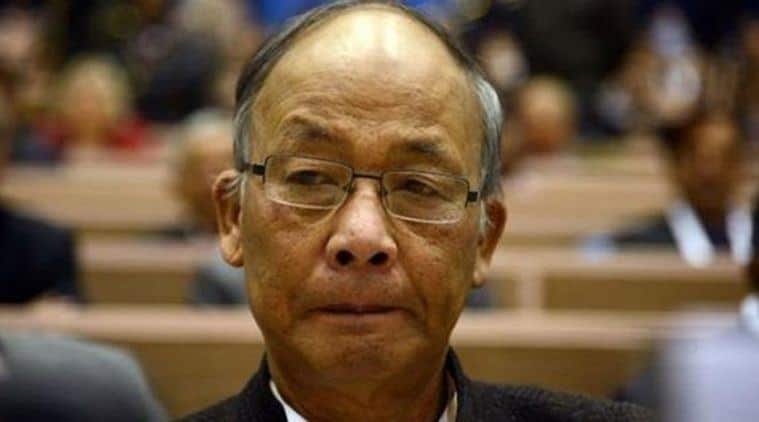 
Former chief minister Okram Ibobi Singh said the governor had given her consent to meet the SPF at 5 pm Friday. (File)

A newly formed alliance of opposition parties in Manipur led by the Congress on Thursday submitted a joint memorandum to the governor, seeking a special Assembly session to adopt a resolution on a no-confidence motion against the N Biren Singh-led government.

The development comes a day after three MLAs of the BJP resigned and joined the Congress, and four MLAs of the National People’s Party (NPP), an AITC MLA and an independent MLA withdrew support to the BJP-led coalition government.

The memorandum to Governor Dr Najma Heptulla was submitted by a team of senior Congress MLAs and state NPP president Thangminlen Kipgen on Thursday afternoon. The alliance is named Secular Progressive Front (SPF).

The team did not meet the governor in person. However, former chief minister Okram Ibobi Singh said the governor had given her consent to meet the SPF at 5 pm on Friday after the Rajya Sabha elections.

For the Rajya Sabha polls — in which the Congress and its new allies appear to have an upper hand — Leishembam Sanajaoba, the titular king of Manipur, is the BJP candidate while T Mangibabu, vice-president of the state Congress, is the opposition candidate.

“With 7 MLAs of the INC barred from entering the House by the High Court of Manipur, the strength of the INC in the House is now 20 MLAs while the strength of the BJP is 18 after the resignation of three of its MLAs. The present Ministry is now supported by only 23 MLAs, 18 from BJP, 4 Naga People’s Front (NPF) and one Lokjanshakti Party,” the SPF said in their memorandum.

The SPF has sought summoning a special Assembly session for a floor test to prove their majority.

Meanwhile, the Manipur Assembly accepted the resignation of the three BJP MLAs who had defected to the Congress on Wednesday. Sources said the trio are not expected to vote in Friday’s RS polls.

Immediately after the election, one Congress MLA defected to the BJP — who was later disqualified. Seven other Congress MLAs had pledged support to the Biren Singh government and are now barred from entering the Assembly.

On Thursday, the High Court issued an order to keep on hold the announcement of judgment on the disqualification petitions of these seven Congress turncoats. The Speaker’s Tribunal conducted the hearing of the petitions and was supposed to announce the judgement on Thursday.

Meanwhile, Congress MLA K Meghachandra submitted a notice to Manipur Assembly Secretary citing relevant rules for the removal of Speaker Yumnam Khemchand. The notice was supported by 10 other MLAs, including those from the NPP.

The notice, the Congress said, was primarily to pre-empt the Speaker from taking action against its seven “rebel” MLAs barred by the court from entering the Assembly.

“This motion for removal… is necessitated for the reason that the Speaker has conducted himself in a manner unbecoming of the position held by him and his actions are not only unconstitutional but also illegal,” said Meghachandra.