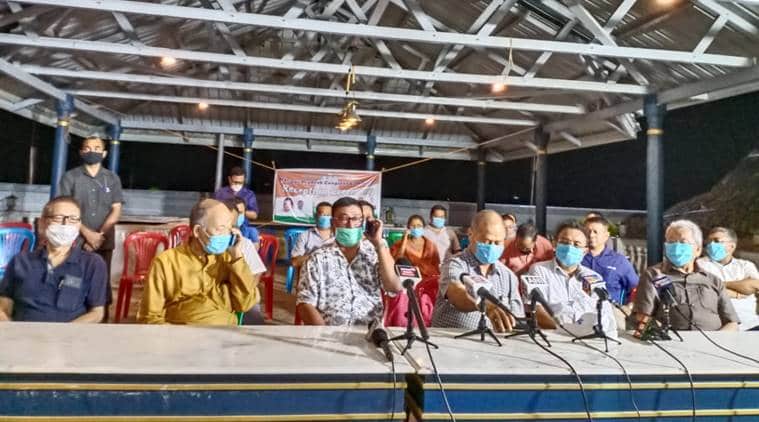 Four MLAs of the National People’s Party (NPP), who had recently walked out of the BJP-led coalition government in Manipur, flew to New Delhi Tuesday evening. The development comes two days after NPP chief Conrad Sangma and BJP’s chief negotiator of the northeast region, Himanta Biswa Sarma, came to Imphal to reportedly resolve the political crisis in the state triggered by the exit of the four MLAs.

According to a source from the NPP, the four MLAs left Imphal around 5 pm by a special chartered flight

NPP, one of the major allies in the N. Biren Singh-led BJP coalition, withdrew its support to the government along with the lone TMC MLA and an Independent MLA. The same day, three BJP MLAs also resigned from the party. All these nine MLAs joined the Congress coalition, rendering the BJP-led government a minority.

Sangma and Sarma, during their visit in Imphal, held closed-door meetings with the NPP MLAs, apparently trying to persuade them to return to the BJP-led coalition.

A day after the visit of the two leaders, one of the four NPP MLAs Monday said Sangma will support the decision of the NPP MLAs if it is in the party’s interest. “Whatever the collective decision taken by the four NPP MLAs of Manipur, if it is to strengthen the party, our party president is with us”, said NPP MLA and former Manipur health minister L Jayantakumar Singh.

The same day, NPP Manipur unit president Thangminlien Kipgen issued a statement explaining why they withdrew support from the government. Kipgen termed the government as “authoritarian” and said the NPP was always left out in major decision-making processes.

Manipur has 60-member House. With the disqualification of eight MLAs under anti-defection law by the Manipur Speaker, the strength of the Assembly is down to 52.