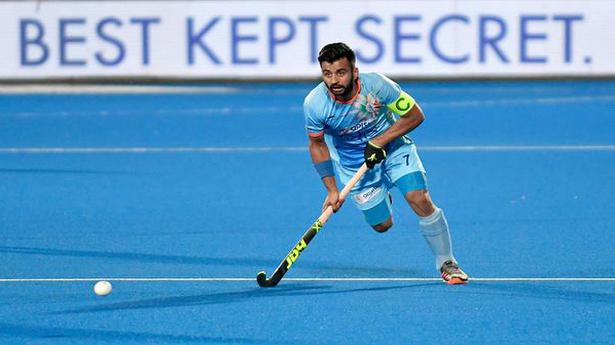 Harmanpreet Singh, Mandeep Singh, captain Manpreet Singh and Surender Kumar would be vying for boasting rights as the best Indian hockey player for the year 2019 and a purse of ₹ 25 lakh at the 3rd Hockey India awards to be held here on Sunday.

The nominations for the annual awards were announced on Tuesday. While the men would be competing for the Dhruv Batra Player of the Year (male), among the women, Deep Grace Ekka, drag-flicker Gurjit Kaur, captain Rani and goalkeeper Savita Punia have been nominated for the Player of the Year award.

The awards, for excellence in 2019 and overall contribution to the game, have a total prize money worth ₹ 1.30 crores and a trophy in each section.

Individual awards in each department — best forward, midfielder, defender and goalkeeper — carry a cash prizes of ₹ 5 lakh each.

The biggest of them would be the Lifetime Achievement award, to be announced on the day of the event, carrying a prize purse of ₹ 30 lakh and trophy.