Melody with a strong note 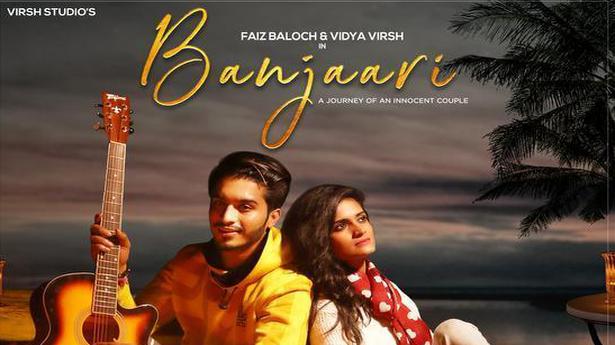 Actor Vidya Virsh, who has worked in Kannada films like Male, Ram Leela and Vasthu Prakara as a leading lady now dons the directors hat. The young actor has directed a music video, titled ‘Banjaari’ with the tagline #RapefreeIndia.

Vidya, herself is featured in the video along with Indian tiktoker Faiz Baloch, popularly known for Team07. The song has been sung by Shahzad Ali who was one among the top five contestant in Hindi reality show named Voice Of India 2019.

‘Banjaari’is conceptualised, designed and directed by Vidya, who adds that the song has been entirely been shot in Goa and the album will be released by Bollywood singer Ramji Gulati on June 24 on the latter’s his YouTube channel Unitedwhiteflag.

Ask Vidya why a video in Hindi and she responds with, “Hindi as it is our national language and also I felt this way it will reach a larger number of people. And also people from Karanataka and Mumbai have worked together for this song, which talks about a rape-free India.”

Then she explains that she has used a song and a love story to narrate the horrific side of rape. “We read about so many incidents about women being abused, attacked and violated that I felt it was time to do something.”

Then she chose a song and not the medium of a short film or a feature film to narrate this concept. “because I felt it is good to narrate it in a short form, using the medium of a song. THat way it is short, to the point and also includes melody and emotions.” Though Vidya enjoyed the collaboration with the Mumbai team, she reveals that the only challenge for her was communication. “I am a Kannadiga and cant speak very fluent Hindi and none of them spoke Kannada, so some communication was hilarious and I found it, at times, challenging to put across my ideas. The other major difference I saw between our industry and the Mumbai industry is that we start work at the crack of dawn here and are mostly done by sunset. But, there, they start late and continue to working late into the night.”

VIdya also has a word of praise for her co-star in the song, Faiz Baloch, “He worked non-stop for 23 longs hours straight to complete the song. “Faiz also adds that he is thrilled to be a part of the video and says it was a great experience to work with Vidya.”Coming to films she says that sRamji Gulati will release the video on his channel on June 24.

Previous articleWill COVID-19 push people into buying homes?
Next articleTripura: A music video in Kokborok and Malayalam asks people to ‘break the chain’, with a bit of swag