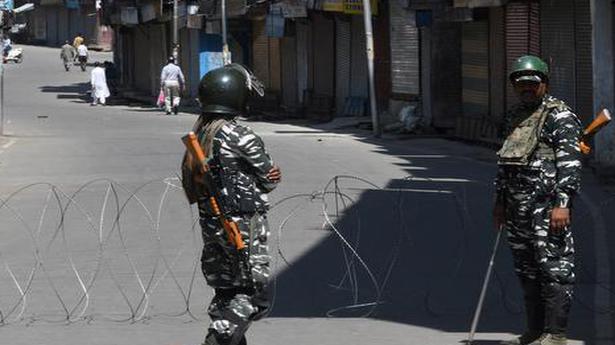 An encounter has erupted in Srinagar on Thursday evening, with militants holed up in the area and firing is going on.

According to the police, an unidentified militant and a CRPF jawan were killed in the ongoing encounter.

The latest incident comes two days after the death of a CRPF soldier and a civilian by militants when they attacked them from a mosque in north Kashmir’s Sopore.

A police spokesman said the security forces, including the police, have engaged the hiding militants in the encounter in Malbagh area of Srinagar.

“Security forces are on the job,” the police spokesman said.

It’s third encounter in Srinagar since May. Earlier, five militants were killed in two separate encounters in Srinagar.