MMR needs to catch up in COVID-19 battle: CM 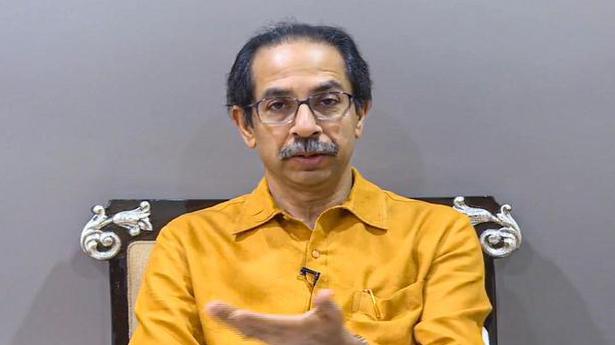 Maharashtra Chief Minister Uddhav Thackeray expressed concern on Thursday at the surge in COVID-19 cases in the Mumbai Metropolitan Region (MMR) in recent days and urged municipal commissioners of Mumbai’s neighbouring districts to emulate the efforts made by officials in the State capital, where fresh infections have been slowed down and healthcare capacity ramped up in the past few months.

The MMR, including Thane, Navi Mumbai, Vasai-Virar, Palghar, Raigad, Panvel and Kalyan-Dombivli, reported 2,816 cases on Thursday, while Mumbai city reported 1,268 cases. These corporations now account for over 70,000 of the nearly 1.6 lakh cases from the region, which in turn forms a bulk of the 2.3 lakh plus cases in the State.

Citing the large COVID-19 care facilities built in Mumbai city from March to July, the CM said: “We expected that similar facilities would be constructed in the MMR. Repeated instructions were given. But that did not happen. Anticipating a rise in number of patients in the future, it is important that such facilities are built now.”

After over three months into the pandemic, it has become clear what measures need to be taken to arrest the spread, the CM pointed out. “We will get the expected result if all directions issued by the State government are followed. We have changed officials in the past, but that does not mean they were incapable. It is now clear that the positive cases have multiplied, and we need to take urgent actions,” he said.

Stressing that citizens need to be brought on-board in the battle against the novel coronavirus, Mr. Thackeray directed municipal officials to form ward-level committees, especially in slums, by involving citizen groups and NGOs.