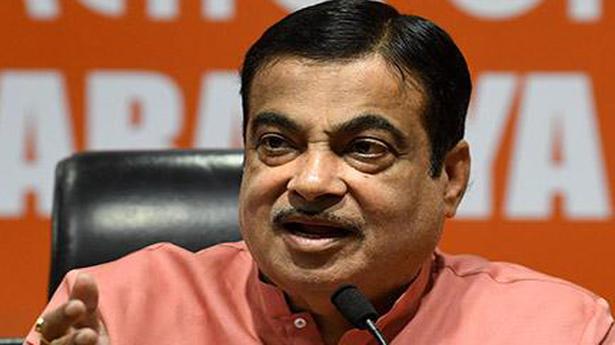 The government’s minimum support prices for agriculture crops are way higher then domestic market prices and international rates, Union minister Nitin Gadkari said on Thursday as he stressed on finding alternative solutions before an “economic crisis” is created.

While the government fixes the rate, called minimum support price or MSP, at which it buys crops such as wheat and paddy from farmers, it also provides a subsidy to help export sugar.

“The most important problem in this sector is that (among) the international price for agriculture commodities and the market price and the MSP, there is a vast difference. Now there are a lot of problems, some political problems are also there. It is very difficult for the government to take decisions.”

“But the ground reality is that our MSP is higher than the market price and international price. So this is now going to create a big economic crisis for the country.”

“We need to find out some options, alternatives for that, and without resolving that issue in agriculture, we cannot accelerate our economy because maximum purchasing power where we need to increase the potential in agriculture,” Mr. Gadkari said in a webinar.

He said that the country has surplus rice and wheat and there is a problem of storage of these grains.

Also, the government provided ₹ 6,000 crore subsidy to export 60 lakh tonnes of sugar as the country is surplus in the sweetener, he said.

The MSME and transport minister said: “In the agriculture area, there are some serious problems we are facing, we have surplus rice and wheat….we do not have a place for storage. It is totally full. We are surplus in rice and wheat for three years.”

Mr. Gadkari also said that he has suggested for the formulation of a policy on converting rice into ethanol or bio-ethanol.

He suggested this in a meeting with top officials, including principal advisor to Prime Minister P.K. Sinha and secretaries of food and civil supplies, agriculture, oil, non-conventional energy, and MSME, on Wednesday.

“Presently our ethanol production is ₹ 20,000 crore and imports are ₹ 6-7 lakh crore. So now we are planning to make ethanol economy of ₹ 1 lakh crore,” he said adding there are 200 closed sugar factories which can be converted for bio-ethanol production.

He added that in states like Punjab, Haryana and some parts of Uttar Pradesh, there is a need to change the crop pattern and reduce the acreage of wheat and rice.

Further, he said that India imports a huge quantity of edible oil worth ₹ 90,000 crore as India’s oilseed production is not up to the mark.

He said that soybean production per acre in the US and Brazil is 30 quintals and 27-28 quintals respectively, but in India, it is just 4.5 quintal per acre.

There is a need for research on quality oilseeds in the country for higher productivity, he added.

Talking about PPE kits, which are in demand due to the COVID-19 pandemic, the minister said now its production in India has increased and is touching more than 5 lakh kit per day.

“I have requested (Commerce and Industry Minister) Piyush Goyal ji that please give us permission to export PPE kits because we have got tremendous capacity now,” he said.

Similarly, Mr. Gadkari said, India has significantly ramped up the production of sanitisers and are now getting good export orders.

On developing waterways, he said a report has been submitted to the World Bank to make Delhi -Mathura-Agra-Itawah-Allahabad-Varanasi waterway and though this Delhi can be connected to the northeast and up to Myanmar and southeast Asia.

He added that India needs to attract foreign direct investment as investors are keen to invest here.

“My target for two years is for making roads of ₹ 15 lakh crore and we have just signed an agreement with a foreign bank for getting foreign credit for that …480 projects already with me. Toll income is ₹ 28000 crore per year. By the end of March, I am expecting ₹ 40,000 crore and within five years, my toll income of NHAI will be ₹ 1 lakh crore, he added.

FDI can be allowed in NBFCs and “I feel that can be a good route. We need to go to RBI and finance to find out the way to give permission for that,” he said.

Previous articleDeepa Namboodiri’s poem depict the deity of the Sree Krishna Temple, Guruvayur, as a playful child romping around the temple during the lockdown
Next articleSports quiz: fast times, late hours and memorable minutes