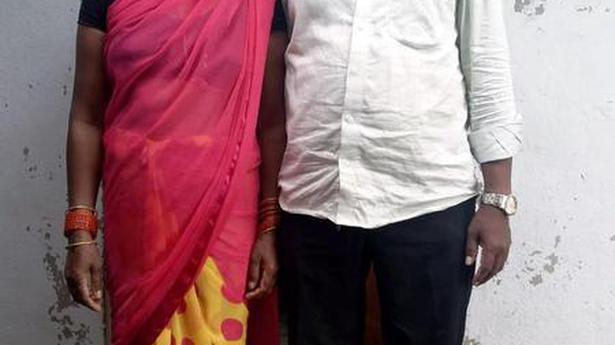 Returning from Mumbai amid the COVID-19 scare has landed Channarayala Buchaiah and his family in a piquant situation, who now face loss of livelihood.

Buchaiah, his wife Suguna, son Kanakaiah and daughter-in-law Tara, along with their two-year-old daughter Ritika, have been residing in Borivali, a prime location in Mumbai for more than a decade.

All of them were employed as house helps in more than a dozen houses and earning around ₹20,000 each monthly.

However, their lives turned upside down following the coronavirus scare. As the number of cases increased by the day, they returned to their native Dommata village in Daulatabad mandal on May 15. They were quarantined in a school in the village for 21 days along with others who too arrived from Mumbai with one week gap.

According to sources, there are as many as 31 people in the village who had returned from Mumbai. They are now jobless as they do not find work in the village. Though some of them are willing to go back, most of those who employed them are not willing to hire them now. Now the question hunting these people is if they can go back to work and whether they can get employed at Borivali again.

“We had contacted some families which hired us in the past, over phone. But only half of them are ready to allow us to work again and there is no question of finding new employers. On the other hand, given that the number of cases in Mumbai is increasing phenomenally, we are apprehensive of going back. But the question is how long can we stay without work and what to do now?” asked Buchaiah, echoing the fears of several other Mumbai returnees.