Narain Karthikeyan will be back after a break 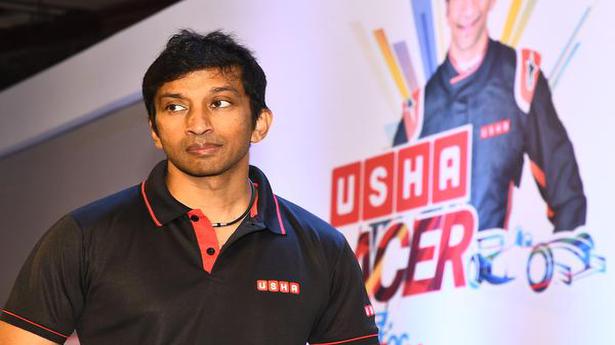 He is no Dominic Toretto from the Fast and Furious films but Narain Karthikeyan — the ‘straight outta Coimbatore’ former Formula One racer — is as close a real life parallel as you can get for someone who lives by these words: “I live my life a quarter mile at a time.”

It is not far fetched to propose that the man holds a unique distinction with the average Indian ‘petrolhead’ — nobody else can claim ownership to a name that is so synonymous with the world of motorsports, especially for a whole generation of racing enthusiasts since the 1990s.

When he completed his drive up the hill to the pinnacle of racing in the summer of 2005, the first Indian to do so, it inspired many to pursue the dream of getting behind the wheel of a car that can go insanely fast around a corner.

But motorsport’s image — of being a niche sport that opens its corridors only for the super rich — did not evolve, and Narain, in these last 15 years, remains only one of two Indians ever (Karun Chandhok is the other) to have made something of a mark in Formula One.

“Being the first one [in F1] was always very difficult. I got there against all odds. It was not a walk in the park. For a boy from Coimbatore… you know, when I started 27 years ago, I virtually had nothing. So, for me to race with the likes of [Michael] Schumacher, [Fernando] Alonso and the rest of them… sometimes you need to pinch yourself to know that you have really done it,” says Narain.

The 43-year-old is in Chennai for the launch of Usha International’s Racer Chrome fans, when he takes a few minutes off to speak to us. Narain has been the firm’s brand ambassador for a year. “[Usha] is a brand we have all grown up with. It was a perfect fit.”

Something else that is a perfect fit is Coimbatore and its love for fast cars. The city is a hotbed for racing enthusiasts. “It is a city full of engineers and enthusiasts. We like to mess with our cars and tune them up. We have a deep culture and all racing cars, to this day, are manufactured in Coimbatore. I suppose it is part of our DNA,” he smiles.

Narain’s father was into rallying and so he was exposed to cars from a very young age. “Maybe, as a 10-year-old I thought that F1 was exciting. I just wanted to see how far I could reach.”

An Indian racer driving in the Indian Grand Prix (at the Buddh International Circuit in Greater Noida) is how far Narain could go. “We all thought that F1 coming to India would do a lot for the sport, but it didn’t actually do much.”

He adds that there still is hope in the form of Jehan Daruvala, the 21-year-old from Mumbai, who was recently signed onto the Red Bull junior team (whose earlier graduates include Sebastian Vettel, Daniel Ricciardo and Max Verstappen).

Narain himself is a while away from hanging up his gloves. Last year, he competed in the SuperGT series in Japan, switching from a career driving single seater race cars that helped him build his fame and fortune.

In the last race of the season, driving for Nakajima Racing, Narain won in his Honda NSX-GT under testing conditions, claiming his first win since the 2013 Auto GP.

“It felt quite nice,” says Narain, of the feeling of winning after a gap.

“[Racing in] Japan is tough. The whole package needs to come through [for a race win]. Everybody drives on different brands of tyres, engines and manufacturers. Honda NSX is a mid-ship car, and it performed really well in some of the circuits. For the last race, all of us raced on the same kind of tyres and, I think, that made a big difference. I felt happy that I could achieve what I did,” he adds.

But he left SuperGT immediately after prompting speculation on what’s next.

There are whispers that Narain has the European Le Mans series in his sights. In 2009, Narain’s desire to compete in the gruelling 24 hours of Le Mans ended abruptly when he suffered an injury on the eve of race day, leading to disqualification.

Does he want to chase an unfulfilled dream? “At some point, yes. But I’m taking a break now.”

Narain says his desire to get behind the wheel has not diminished. “My reflexes are still quite good, and fitness wise, I keep at it,” he says. “As you grow older, recovery takes longer. But I still love the sport and that is why I do it.”