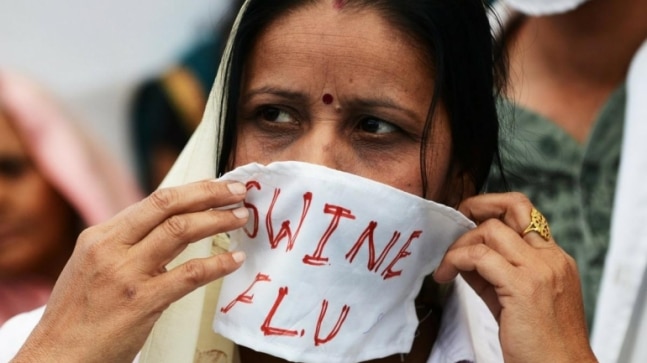 The world is still grappling with the coronavirus pandemic, whose source of origin is yet to be ascertained. The World Health Organisation (WHO) says identifying and understanding the origin of coronavirus pandemic is key to an effective fight against ravaging Covid-19. And, at such a moment, the discovery of a new virus in China has triggered heightened concerns among the health experts.

The new viral strand is another flu virus that has the potential to become a pandemic. This virus is carried by pigs and researchers believe it can infect humans. It can mutate and spread easily through human-to-human transmission, much like coronavirus pandemic.

According to a research paper published in the Proceedings of the National Academy of Sciences, an American journal, the new virus is similar to the Swine Flu virus detected during the 2009 outbreak. That virus had been named A/H1N1pgm09. This one has been named as G4-EA H1N1.

The virus is similar but not same and may pose the threat of being a completely new pathogen to humans. Swine Flu pandemic did not turn out to be the kind of threat that experts had initially estimated.

Later, they attributed to its similarity to existing influenza viruses. This is why the vaccination against Swine Flu is covered under the existing flu vaccines.

But in this case, the scientists have identified the new virus as among the top disease threats. People don’t have immunity for a wholly new disease. Ongoing coronavirus pandemic is a deadly proof to that.

They warned further saying, “Such infectivity greatly enhances the opportunity for virus adaptation in humans and raises concerns for the possible generation of pandemic viruses.”

“Controlling the prevailing G4 EA H1N1 viruses in pigs and close monitoring in human populations, especially the workers in the swine industry, should be urgently implemented,” the scientists have recommended.

Though the researchers believe the virus is not an immediate threat to human health but it can grow and multiply very fast in the respiratory tract — nose to lungs – of humans. Their fear is not misplaced given that they have found evidence of recent infection in the swine industry abattoirs in China.

Incidentally, some Chinese researchers warned that coronavirus pandemic may be followed with another similar health crisis. Discovery of new virus in China has come at a time when the WHO is preparing to send a team to that country to investigate origin of coronavirus pandemic that has infected more than 1 crore people and claimed more than 5 lakh lives.

Get real-time alerts and all the news on your phone with the all-new India Today app. Download from
Previous articleHours After Ban, TikTok Can Present “Clarifications”, It Says: 10 Points
Next articleManchester United’s Nemanja Matic defends Novak Djokovic after COVID-19 positives in Adria Tour